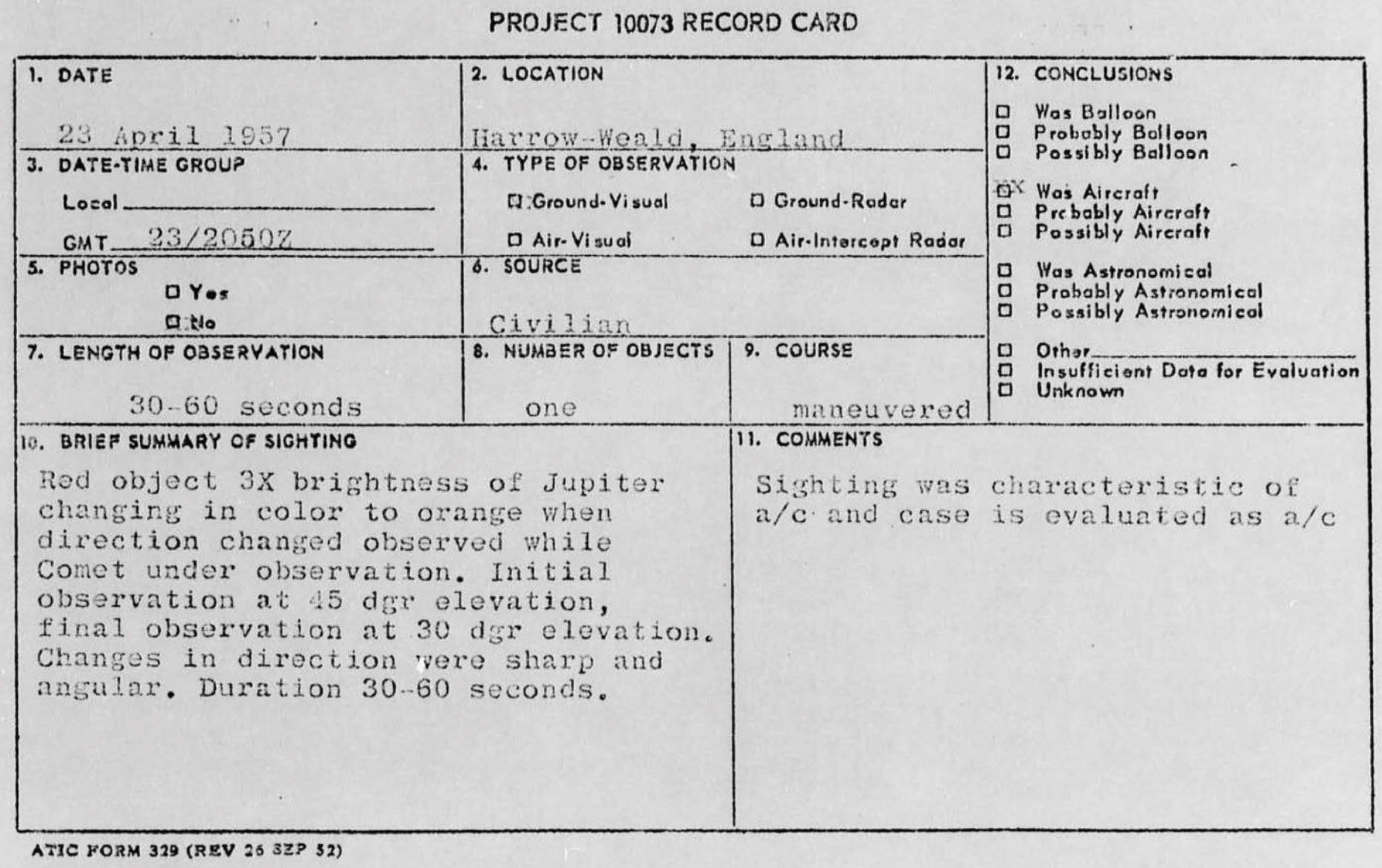 The date April 23rd 1957, a time void of mobile phones, personal computers and tablets, and for those lucky enough to own a television, BBC1 was the only available channel. A time where interests beyond staring into a screen were plentiful.

Evening walks, a beer at the pub, socialising with friends and in the case of one Harrow husband and wife studying the stars and planets in the evenings. The names of this young couple remains a secret, hidden inside the original documents of the United States Air Force’s Project Blue Book.

During the late 1940’s and through the 1950’s the world was awash with reports of strange objects in the skies, vehicles that could hover in the sky, that could perform impossible maneuvers and travel at speeds that were inconceivable.

Disc shaped, bell shaped, diamond and egg shaped objects, all being reported in countries across the planet, and the impossible characteristics of flight all being described in the same manors.

On the evening of April 23rd 1957 our mystery couple was in their garden searching for a comet that was due to be visible in the night sky. The evening sky was described as perfect viewing conditions, no clouds, no moon just a sky full of stars. Whilst the young couple scanned the sky they noticed a red light that was approximately 3x the size of Jupiter when viewed from Earth. So this was clearly not a normal object that would be viewed.

They described the object as totally silent and making angular changes in direction as it moved across the sky. When each change of direction occurred the object would change colour to orange for the momentary 45 and 90 degree turns it made and then return back to its original red colour. These maneuvers were observed by the couple for  approximately 30-60 seconds before it went out of view.

The United States Air Force at the Wright Patterson air base in the United States got hold of the report and carried out their own investigation. Now an important now-known fact about Project Bluebook is that the project was a created to discredit the daily sightings being received. How do you tell a nation as big and powerful as the United States of America that your military might is useless against these things?

You cannot chase them, your Radar stations are tracking them at up to 6000 mph and you have no explanation for them, are they benevolent or malevolent. They simply had no answer and so Project Bluebook was created to show the American public that it was all wild imagination and misinterpretation. The fact is that the vast majority of it was easily answered as genuine aircraft or weather anomalies and had simple explanations. However when you look deep into some of the 10,000 plus files of the Project you have to question the final reports.

In our case from Harrow they tell us it was just aircraft or an aerial military exercise …. job done !  However the final notes of the report come from the Commander of the US Third Air Force stationed at RAF Northolt who reported there were no USAF planes in the area within ten minutes of the sighting.

London Air Control reported no aircraft were in the area at the time and finally the RAF reported that they had no aircraft in the area. No radar plots of the object could be identified. Here the investigation ended as far as we know, and with the vast numbers of reports being received at the time it seems highly likely that nothing more happened with this report. 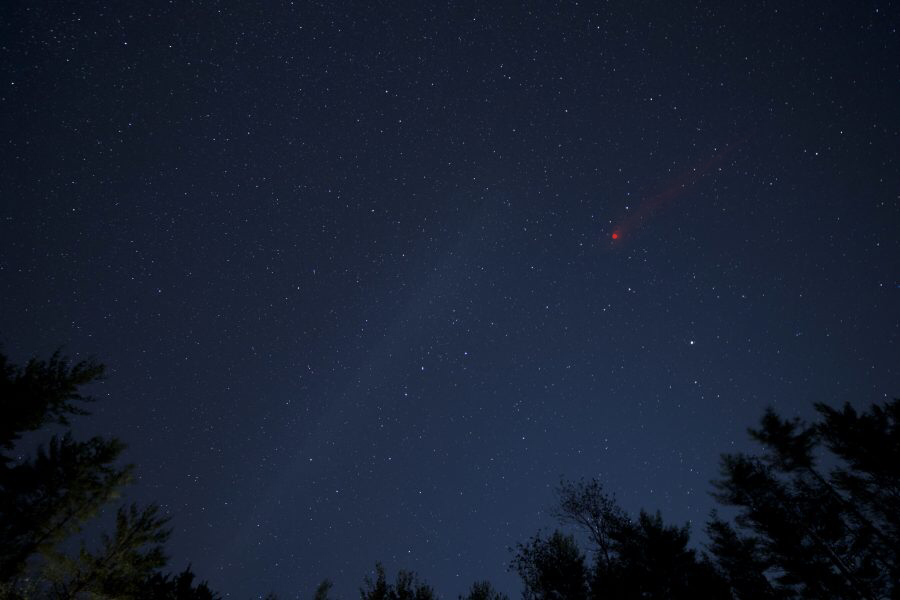