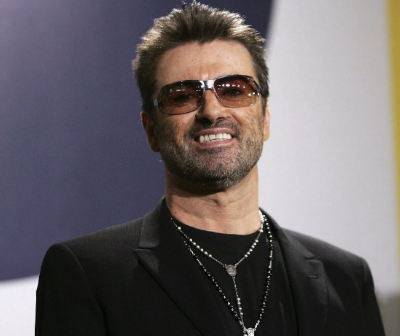 Since his untimely death on Christmas Eve 2016, we’ve learned a great deal about singer, songwriter George Michael – not least his incredible generosity toward charitable organisations.

Born Georgios Kyriacos Panayiotou in East Finchley on the 25th June 1963, George Michael and his family later moved to Stanmore where his father, a Greek Cypriot immigrant, ran a restaurant. From his Stanmore home, Georgios spent much of his childhood hanging out with friends in Kingsbury and, after attending Roe Green Junior School, began his senior education at Kingsbury High School.

Although he was always a music lover, it wasn’t until Georgios’ family moved to Radlett that a change of school changed the course of his life forever. Unable to travel to his school in Kingsbury, Georgios was transferred to Bushey Meads High School and, it was here that he met Andrew Ridgeley, a fellow fan of pop music. During this time, Georgios was playing clubs in Bushey as a DJ and busking on London Underground performing hits by his favourite artists including Queen.

Along with Andrew Ridgeley, he formed a ska band called The Executive with a couple of other friends but this was to be short-lived. Frustrated by the lack of commitment by the two other members, Georgios and Andrew decided to go it alone.

“When you’re born Giorgos Kyriakos Panayiotou, there is a very urgent need for a stage name when you’re 18 and want to be a British pop singer.” George Michael

With a new name for both Georgios and the band, the two signed a contract with Innervision Records and went on to have huge hits including Wham! Rap, Freedom, Young Guns and Club Tropicana, before parting ways in 1986. Leaving behind the teeny bop image and songs of Wham!, George Michael re-emerged as a serious solo artist and became one of the most successful singer songwriters of our time.

In April 2018, George Michael’s life and career were honoured by Bushey Meads High School with a blue plaque during a ceremony attended by the Deputy Mayor and Conservative Councillor, Brenda Batten. 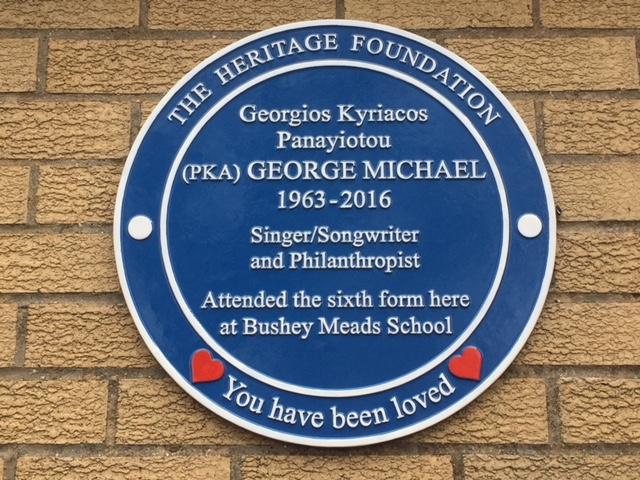 The event was also attended by many of George Michael’s loyal fans – or “lovelies” as the star referred to them. One superfan, Amlia Gonzales had flown in from Spain just to attend: “It is something really worthwhile – he deserves a plaque. “His legacy, his teachings, his music will always be around.”

As this month marks what would have been George Michael’s 56th birthday, fans around the world will be wearing ‘Choose Life’ T.Shirts as tribute to their favourite star.