HomeArticlesMurder Most Harrow - The Notorious Crimes of the Borough
ArticlesCommunityHistory

Murder Most Harrow – The Notorious Crimes of the Borough 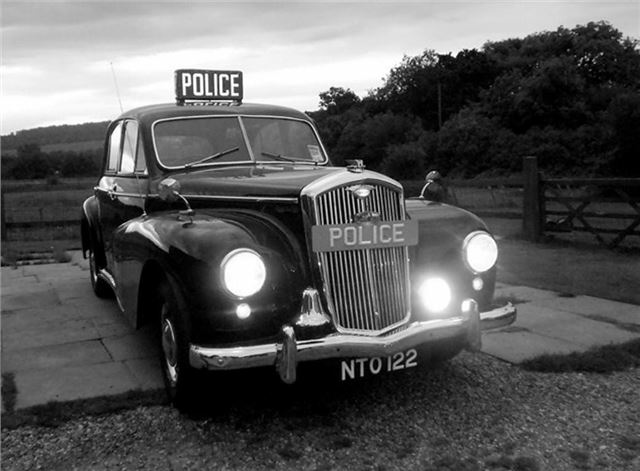 With crime figures across London soaring – particularly amongst young people – many of us have friends and family from the older generation telling us that it’s ‘not like in the old days’.  Although these people may remember a gentler time for our borough, it hasn’t always been peace and tranquility – we take a look at a few of our borough’s most notorious crimes:

The murder of John Brill

In 1837, the residents of Ruislip were shocked by the murder of fifteen year old John Brill in Mad Bess Wood.  On the 16th of February 1837, the young lad left his home in the morning to go to work which, that day, involved taking three cows to meadow followed by the cutting of some bushes in Ruislip woods.

When the boy failed to return home when expected, a search party was organised and, sadly, John’s body was found in a hollow in Mad Bess Wood, covered in leaves and moss. John’s body was taken to the nearby Six Bells pub for an inquest and,  on examination, it was determined that the teenager’s death was caused by a severe below to the head below the right ear.

Although nobody was ever charged with the murder, many believe that it was committed by three poachers, Thomas Lavender, James Bray Junior and Charles Lamb who had previously been jailed for poaching after John Brill gave evidence against them.  Since that time, there has been much speculation about the murder which is included in Ghost Appearance and the fictional novel Mad Bess Wood. 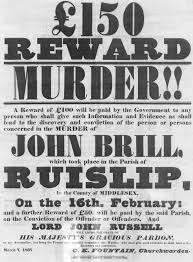 These days, Edgware is known for it’s great shopping and easy transport links but, this part of our borough has a murky past.  In the early 1930s, the stretch of railway line between Mill Hill and Elstree ran parallel to an area used as a rubbish pile for the London Midland and Scottish railway.

On the 1st of June, 1931, a man looking for work came across something altogether more grisly amongst the rubbish piled up – a human hand blackened by heat.  The man, Michael McGlade, reported his find to the local office and, on arrival, the police found the body of a man known locally as ‘Pigsticker’.

An inquest held at Hendon revealed that Pigsticker had been beaten so severely that an identification was almost impossible.  He was, eventually, identified as Herbert William Ayres from Watford.  Oliver Newman 61 and William Shelley 57 were convicted of the crime, claiming that the dead man had been stealing from them and causing trouble.  The full account of the case is featured in the book, Middlesex Murders.

The case of the mystery man with a scar

These days, Ruislip’s Rosebury Vale is a peaceful residential street between Ruislip and Ruislip Manor tube stations – but it wasn’t always so tranquil.  In 1939, Sidney Paul, a broker, moved to the street with his wife and three daughters after a failed business endeavour in Belgium.

Unfortunately, the move proved not to be the fresh start the family had hoped for as they were victim to two house fires within two weeks after moving to Rosebury Vale. Plagued by health problems, Sidney struggled to find employment and, after the two fires, neighbour Arthur Jones formed suspicions of the man after he then reported an attempted burglary.

On Sunday the 16th of October, the neighbour was alarmed to find Sidney on his doorstep at eight o’clock in the morning, claiming that a ‘man with a scar’ had broken into his home.  The neighbour accompanied Sidney back to the house where they found his wife, Claire, badly injured.

On arrival of the police and a doctor, an extremely agitated Sidney told officers that a tall man with a blue coat and a facial scar had broken into the house and attacked his wife – presumably for the £150 which he claimed to have stashed away upstairs.

Sadly, Claire died the following day and, on investigation, Sidney was convicted of murdering his wife for financial gain and, was sentenced to death which was later commuted to life imprisonment.

Despite these chilling cases, modern day Harrow is fairly low down on the list of murder cases, compared to many boroughs – currently standing at 29 of 32 with approximately 24 murders per year.