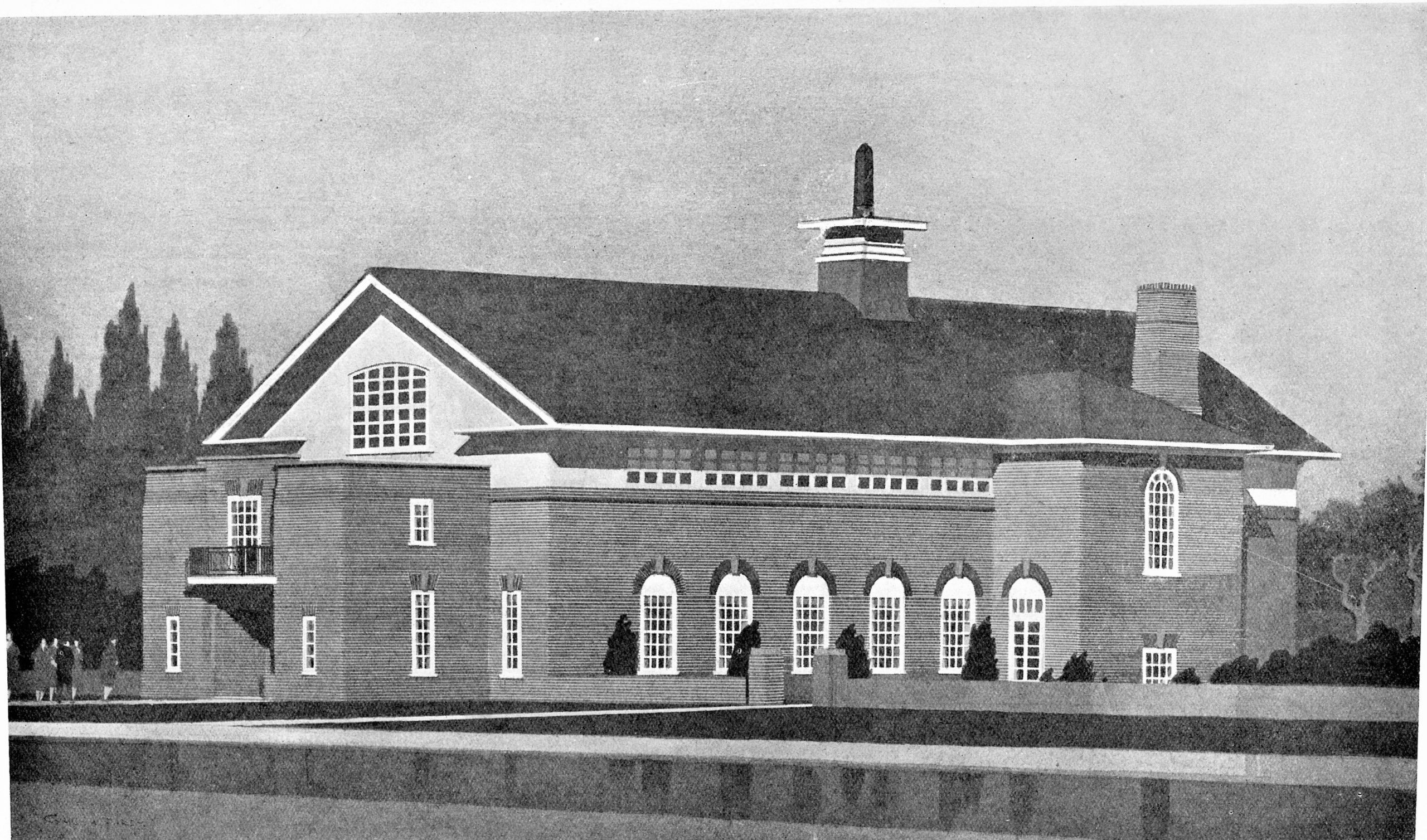 A fuller version of the filming at the hall, which features Brandyn Shaw and his ‘Radio’ Rhythm Makers performing ‘Faint Harmony’, has now been posted on YouTube. The video has been cleverly edited by Gareth Shaw to appear to be vintage footage.

St George’s Hall was designed in an eclectic style by the accomplished architect Cyril Farey. Farey was also the leading architectural illustrator of the day, engaged by the likes of Edwin Lutyens and Frank Lloyd Wright to produce attractive technically accurate watercolours to promote their designs.

In 1927 Farey’s watercolour of his design for St George’s Hall was exhibited at the Royal Academy. The Grade II listed building was completed in 1929.

Over the last few years St George’s Hall has undergone a substantial programme of restoration and refurbishment. The Revd Stephen Keeble, Chairman of St George’s Parochial Church Council – the owners of the hall – is pleased that the little-known architectural treasure is becoming more widely appreciated.

A still from the film

“The Art Moderne features were obscured for many years. Sensitively re-decorated, with new chandeliers from the United States, new stage lighting, and stylish standard lamps on the stage itself – believed to have come from a city bank – the impressive upper hall was to have hosted two of the Harrow Music Festival 2020 concerts next month.

Following the outbreak of COVID-19, and Government advice on social distancing, St George’s had no choice but to cancel the Festival. The hall is shown to great effect in the recent filming, however, and courtesy of YouTube may be appreciated by those unable to visit the building.”