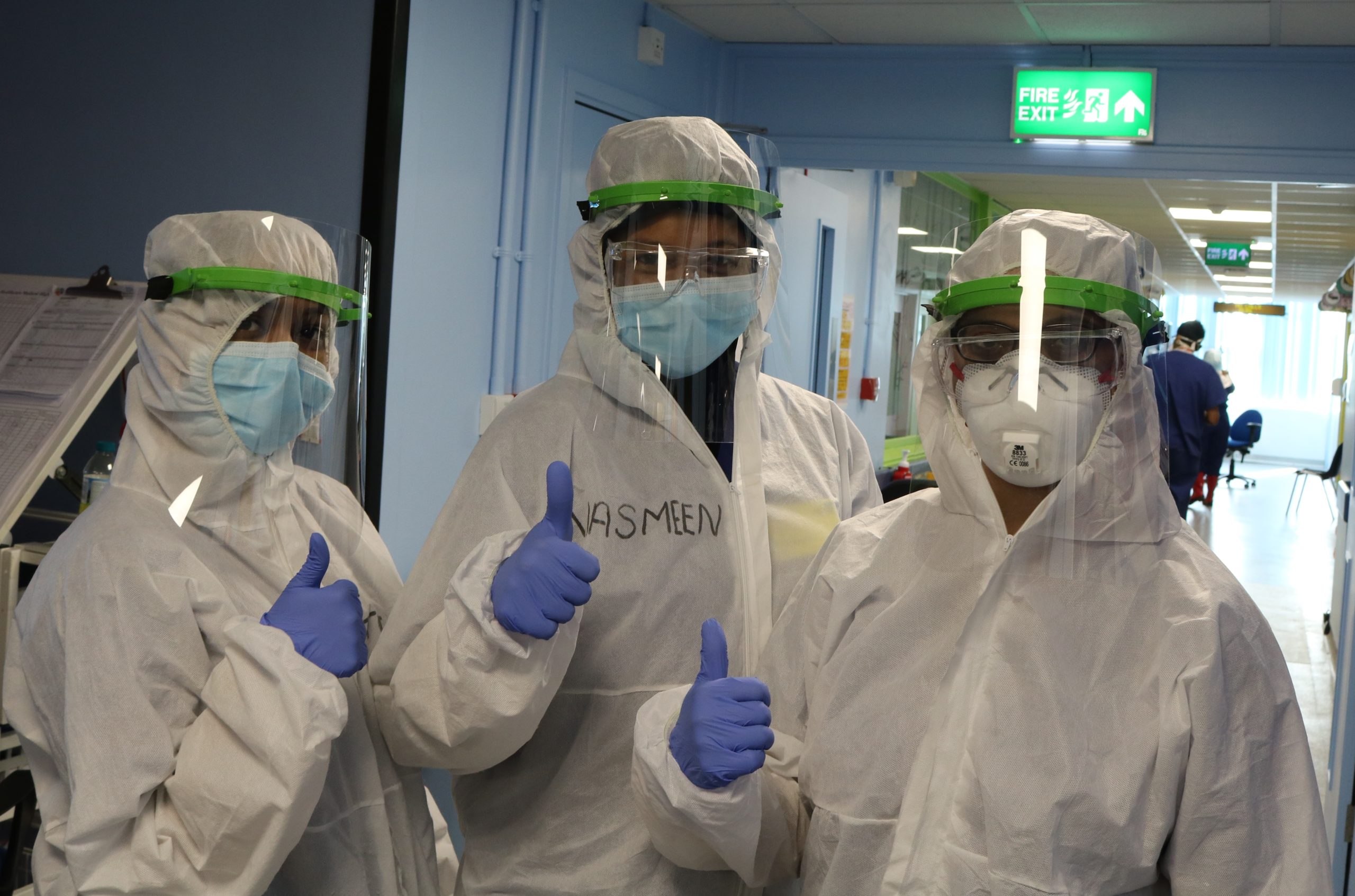 A couple who began producing protective face visors with a 3-D printer in their front room have delivered more than 400 to clinical teams treating patients with coronavirus at Northwick Park Hospital.

Northwick Park was one of the first hospitals in the country to see Coronavirus patients.

Emily and Christopher Grilli began making the masks after chatting with a GP friend about what they could do help the NHS face the biggest challenge in its history.

Christopher, a design engineer who works for car manufacturer Nissan, took an NHS approved design and made some adjustments, before sourcing the other components.

Emily said: “We just wanted to help and do something useful. The NHS is always here for us so it’s time we helped them. We just want to do our bit.”

The couple started with one 3-D printer and then crowdfunded to buy  more and,  along with help from Christopher’s brothers, quickly had 16 printers working day and night.

Christopher added: “The house has been turned over to a mini production plant and we produce about 750 visors a week and have been distributing them to hospitals including Barnet, The Whittington and Northwick Park.”

They quickly realised that they needed to up production to meet demand  and Christopher decided to look into getting the frames’ injection moulded, which is a far quicker process.

Chris’s employer, Nissan, agreed to pay for the tooling, which means that the Grilli family are now producing 100,000 visors per week. Nissan also agreed to pack and distribute the three components of the visors from its Sunderland factory.

Emily and the Grilli brothers have received a huge amount of support, and they have now reached £30,000 in funding and hope to keep going.

This will enable to them to provide as many visors as they can free of charge, while the NHS trusts can also purchase large at cost price.

Chris Bown, Chief Executive of LNWH, said: “The response has been overwhelming. It’s fantastic and we appreciate every gesture regardless of whether or not we have been able to use it. Our NHS Supply Chain is providing the majority of equipment but staff obviously get through a lot of kit.

Public Health England is responsible for guidance on all PPE equipment used in hospitals, which has gone through several revisions with greater understanding of the virus and how it is transmitted.

Chris added: “The contribution of people like Emily and Christopher is fantastic and just shows what people can do when they come together to figure stuff out.”

The couple, who live in Friern Barnet, have been followed around by a film crew capturing the community spirit of the country as it rallies together contributing everything from food and clothes and camp beds and furniture.