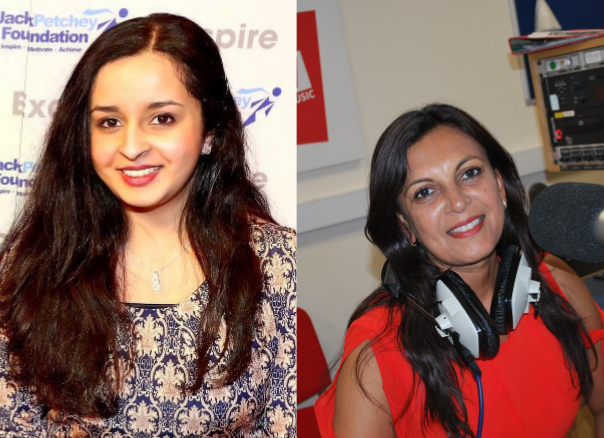 The event was originally due to take place in Bolton on the 28th March 2020, but the (HBA), which represents hospital, health and wellbeing broadcasters across the UK, took the decision to cancel the ceremony due to the COVID-19  pandemic. Instead, the awards were streamed via YouTube and Facebook.

Anandi Shah achieved Bronze in the Best Newcomer category. On her win she said: “I am very happy to win Best Newcomer for doing something I really enjoy with the talented and inspiring team that is Saturday Brunch.”

Hansa Varsani was awarded Bronze in the Female Presenter of the Year category, “It’s really heart-warming to be recognised for presenting in a style that the community enjoys. Media is a passion deep inside me, so I’m humbled to be given an award for it”

Station Chairman, David Reece said “I am super proud of our presenters, who all give up their time to help raise the spirits of those in hospital, as well as the wider Harrow community. It is really a testament to their hard work, that we have received this national recognition. Congratulations Anandi, and Hansa!”

On Monday 6th April, the Mayor of London, Sadiq Khan, featured on Radio Harrow’s ‘Harrow Today’ programme to personally thank all NHS medical and support staff of Northwick Park Hospital for their exemplary work during the COVID-19 global pandemic. Speaking exclusively to Radio Harrow, the Mayor expressed his heartfelt gratitude for all of the work undertaken by staff at all levels at the Hospital in the Northwest London NHS Trust.

Mr Khan expressed his thanks: “I just want to take this opportunity to thank all the staff at Northwick Park for the amazing job you’re doing, caring for Londoners during these difficult times, whether you’re an NHS doctor or a nurse, a healthcare assistant or somebody else who works in the NHS”.

The Mayor also extended his good wishes to the patients of Northwick Park, wishing all a speedy recovery.

Radio Harrow can be heard via radioharrow.org

Knife-wielding man in wheelchair ‘charging at public’ in Hayes