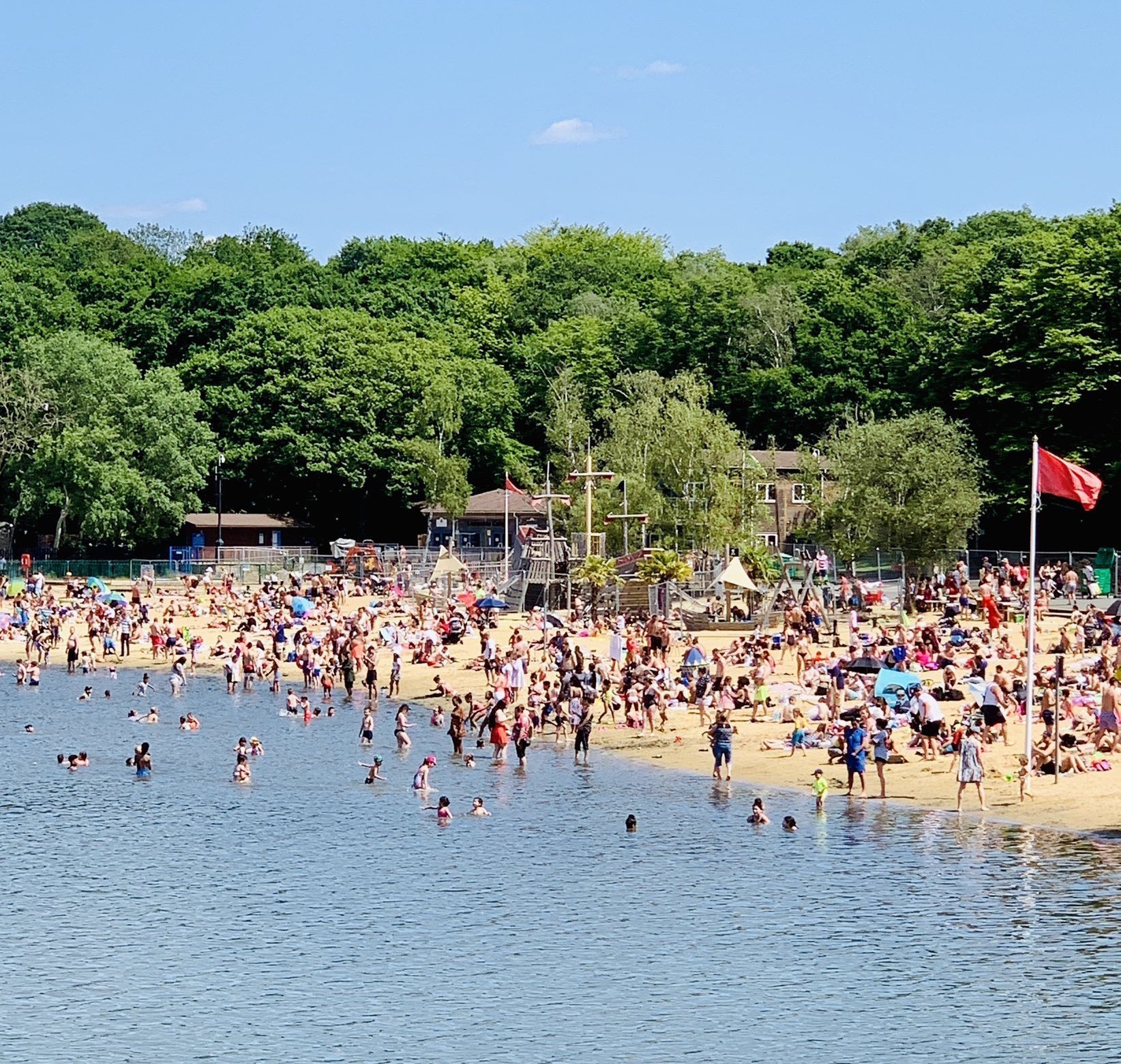 Furious members of the public have expressed their concern over photos showed families gathering on the beach and in the water. It comes just days after Hillingdon police were called to lido to disperse large gatherings of people.

Their statement On Twitter posted (Sunday, May 24) said: “Police have been called to Ruislip Lido to reports of large group gathering. Please use common sense when it comes to social distancing. #Covid19UK.”

In unconfirmed reports, people are said to have removed the fencing that surrounded the sand area  and headed straight to the beach to sunbathe. The toilets and other amenities at the Lido are closed off.

One Twitter user said: “why has this been allowed to happen at Ruislip Lido? Why was the fencing removed from the sandy area…? This was obviously going to happen”.

Many people have complained that social distancing rules are being broken by the public at the Lido. Another person quipped On Twitter: “No, it’s not Tenerife, but Ruislip Lido just off the A40! Who knew Ruislip had a beach!”.

A person who was clearly concerned about the potential risk of covid-19 infection said:  “I see that Ruislip Lido is rammed. Again. See you all in Northwick Park Hospital in a few weeks time. Bloody morons.”.

A statement from Hillingdon Council said: “Whilst it remains the position of Hillingdon Council to keep its award winning parks and open spaces open to the public for the benefit of the health and wellbeing of our residents of all ages, we can only do so if government guidelines relating to social distancing are followed.

“Given the number and size of our parks and open spaces the police simply do not have the resources to deal with those putting others at risk by not abiding by the guidance.

“Accordingly, we have made the difficult decision to temporarily close the beach at Ruislip Lido in response to visitors not adhering to social distancing guidelines at the site.

“Whilst we wanted to keep the beach open for recreation in line with government guidance, and are aware that many residents are sticking to guidelines, we have decided to close and fence off the beach in the interest of public safety.

“This decision will be kept under review.”