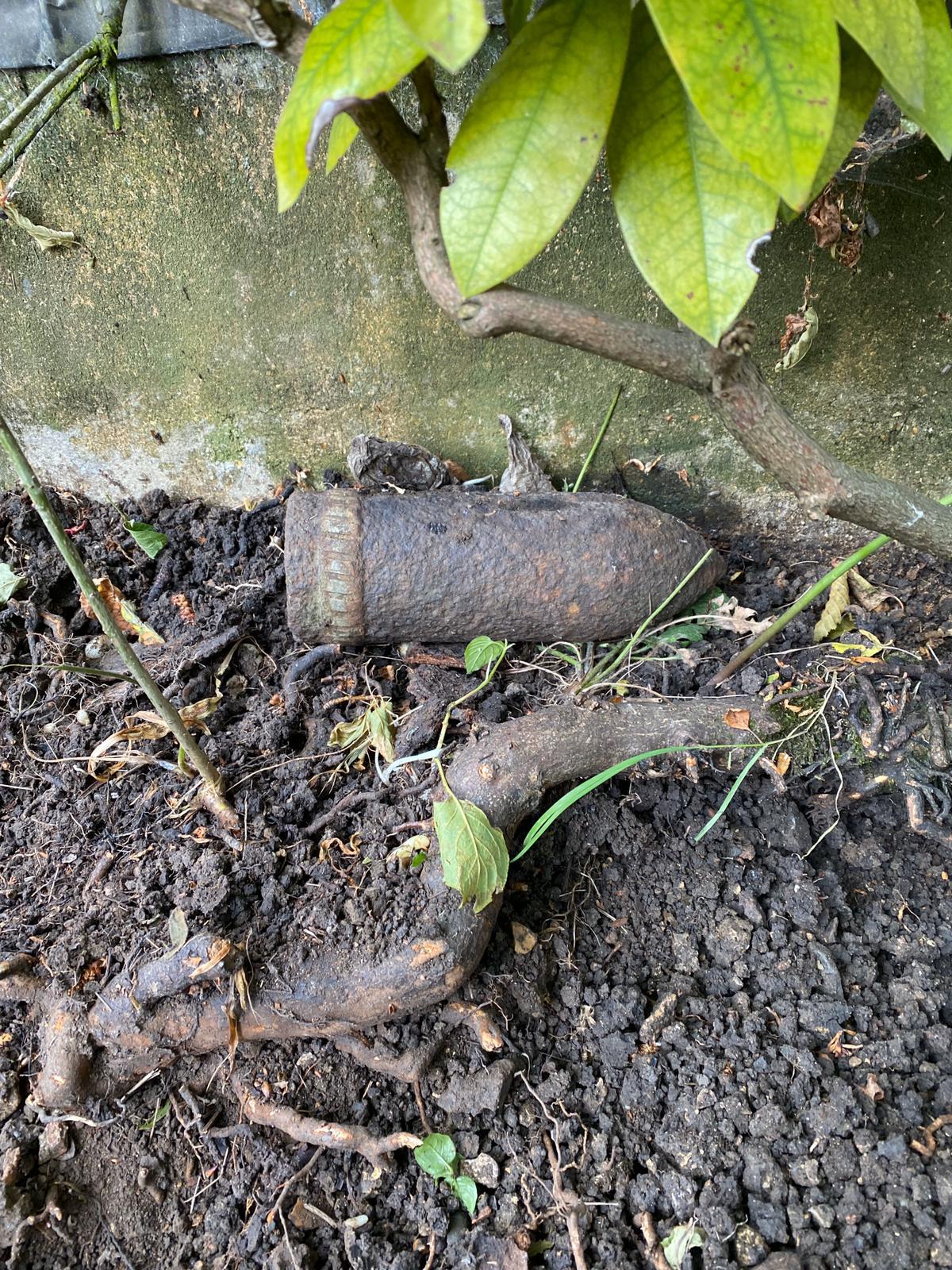 A man from South Harrow was shocked when he discovered a possible World War II ‘Anti Tank Shell’ while digging in his back garden.

Alex Taverdi from South Harrow said that he found the device and immediately wondered what he should do with it. He googled who to call and the police arrived very quickly after he called 101. Upon arrival, the police evacuated the property and everyone within a 100m radius. They also temporarily closed the road.  “Roughly 10 houses and half the road” were evacuated by police.
The explosive discovery was made on Monday 8 June, just two days after police were forced to close Watford Road outside Northwick Park Hospital after finding a ‘suspected historic explosive’. The road was opened shortly after specialists confirmed it was ‘of no risk’.
After a little while, “an expert showed up, confirmed it was safe and removed it” says Alex. “The road was closed for maybe 30-40 minutes, an expert arrived quickly and everything was done professionally”.
According to Wikipedia, shells were developed during WW2 as a munition made of an explosive shaped charge that uses the Munroe effect to create a very high-velocity particle stream of metal in a state of superplasticity, and used to penetrate solid vehicle armour.
Alex says that the item was around 10 inches into the ground. He says: “Things like this should not be touched or moved, 101 should be called as a non-emergency”.
Facebook
Twitter
Pinterest
WhatsApp