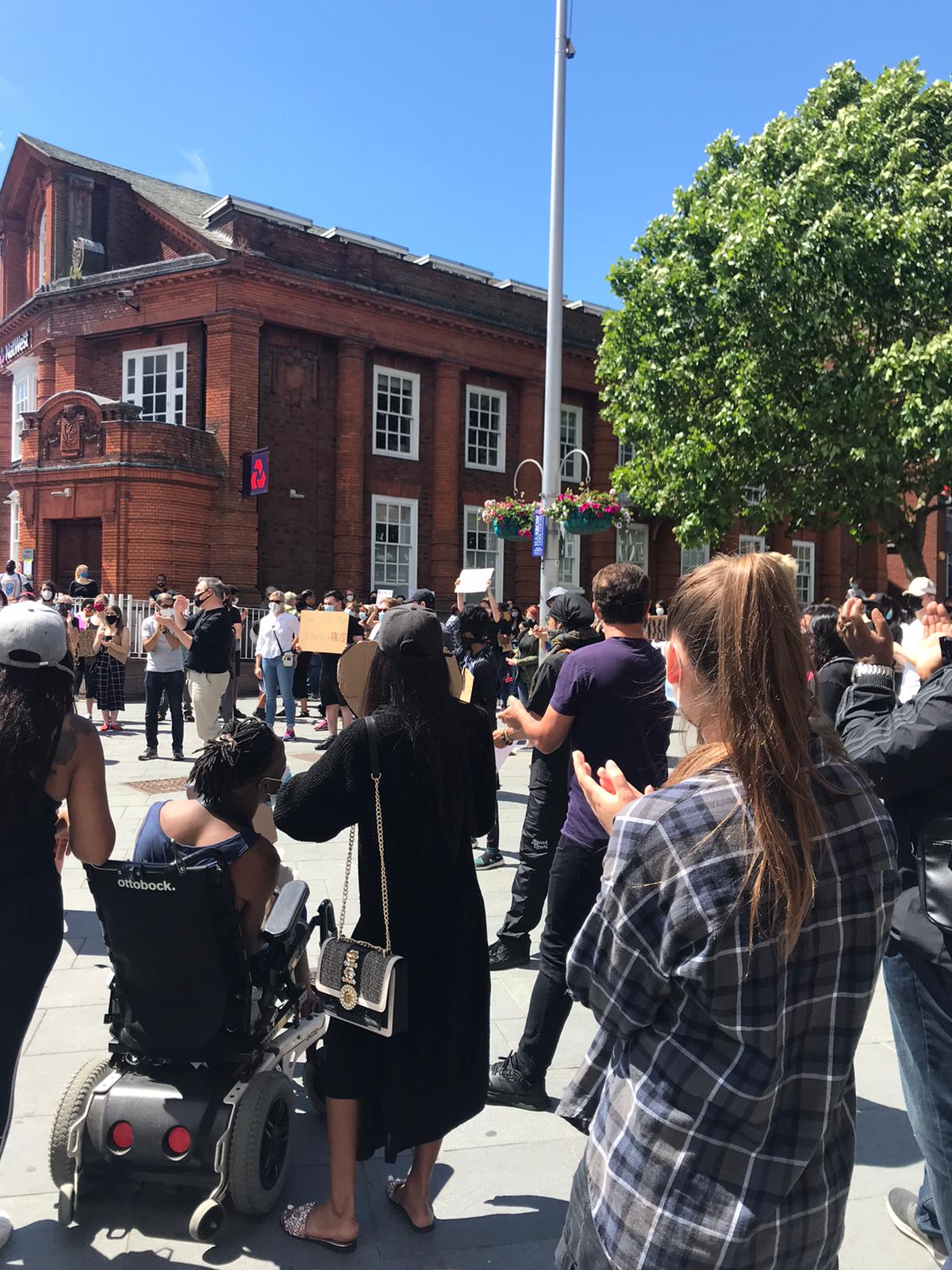 The protest started at 11am outside Katies statue in the town centre. The statue itself had been boarded up through fear of vandalism, however the event ran smoothly and most people adhered the to social distancing rules.

The hundreds of people in attendance took the knee to show their solidarity and support of the Black Lives Matter campaign.

As the event went on, people were chanting ‘Black Lives Matter’. Footage sent into Harrow Online shows the passion the demonstrators had as they lined up outside Katie’s statue.

One person commented on a post in the Harrow Online Group saying: “I am so pleased that the event went smoothly today, everyone was respectful and there was no violence or vandalism. This is exactly the sort of demonstration that BLM (Black Lives Matter) is about, well done to everyone involved for doing it the right way.”

Organiser of the event and Labour councillor Pamela Fitzpatrick tweeted: “Over 200 people turned out today to support Harrow’s BLM event. Peaceful and perfectly organised. Thanks to all the inspiring speakers and thanks to the 4 other councillors that turned out to support.”

She continued: “Holding a BLM event in Harrow was really important to many local people. So I feel ashamed that some in our party tried to get the protest banned. I thank the few councillors who showed their genuine commitment to this cause including the leader of the council”

Another person tweeted: “Great socially distanced demo in Harrow today. And so nice to see so many Harrow Labour Left comrades face to face after weeks of zoomcalls.”