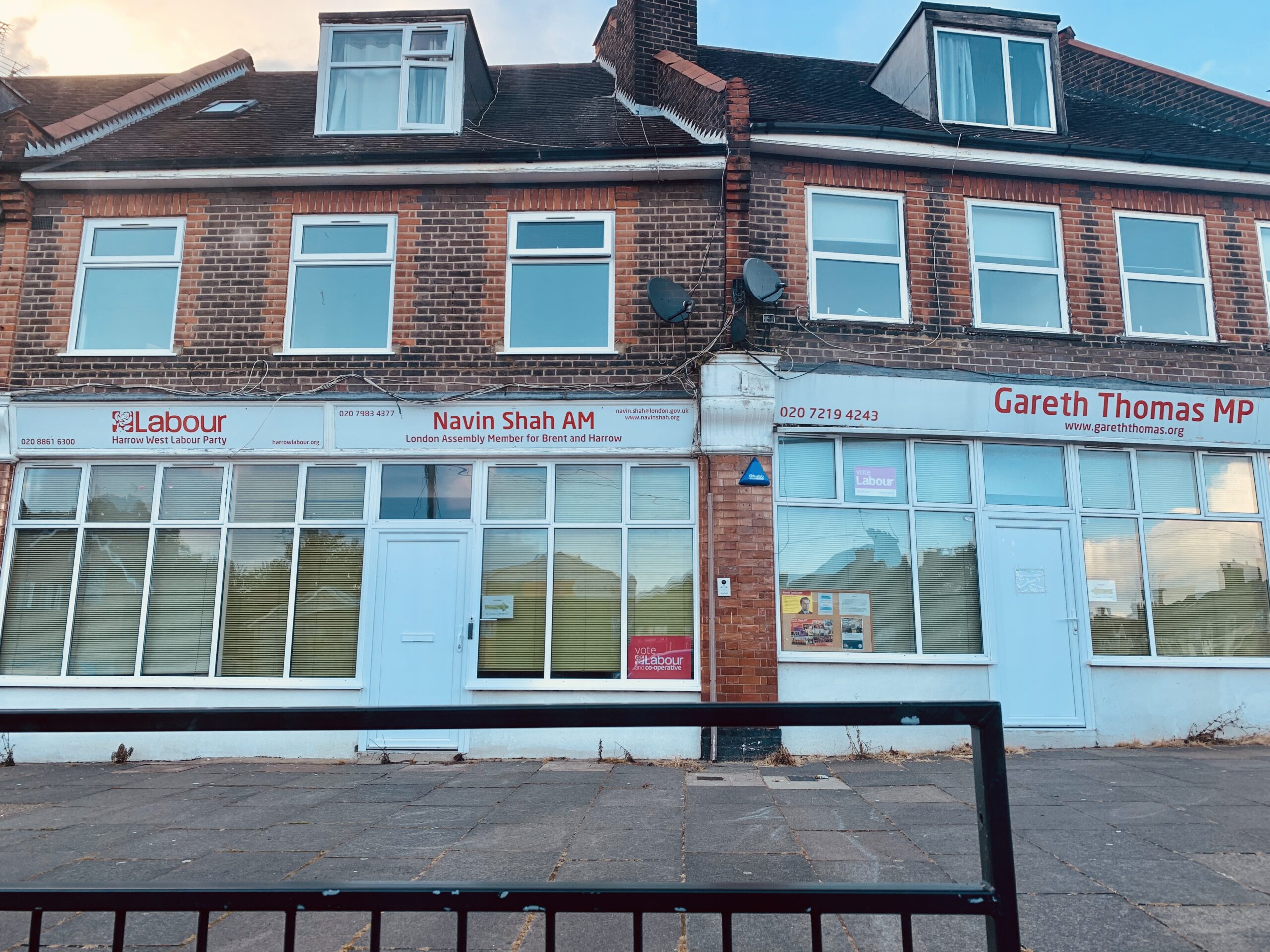 Labour MP for Harrow West, Gareth Thomas has thanked Harrow Council for the removal of the graffiti sprayed onto the office windows several weeks ago.

The words “racist bigot” and “coward” were scrawled across the windows of the Labour offices in Harrow.

The graffiti took four hours to remove and was cleared up by Harrow Council’s street cleaning teams who worked throughout the night to clear it.

Gareth Thomas MP said: “I am grateful to the police for a speedy investigation and to the Council’s clean team for swift removal of the graffiti.

“I understand the suspect has been arrested and referred on to suitable support. No further criminal charges are expected to take place.

“Once again, I am grateful for the many messages of support and remain determined to continue to support the people of Harrow at what is a particularly difficult time for too many.”

After reports of graffiti to the Labour Party office in Blenheim Road, West Harrow, Safer Neighbourhood officers managed to secure various pieces of footage from nearby premises. Sergeant Sarah Fox tasked her team to view several clips and officers were able to identify a suspect who was arrested and made a full admission to the crime.

She said, “The assistance from the community was key in enabling us to identify the suspect and the tenacity of my officers, in particular Police Community Support Officer, Rob Dickens make me extremely proud. I would also like to thank the Community Safety Unit at Harrow Council for bringing this to our attention so quickly and the removal team  who managed to clean it off within hours.

MP Gareth Thomas who has his office at the premises continued: “A huge thank you to the Safer Neighbourhood Team and Janice Noble from Harrow Council’s Community Safety Unit for their excellent work on the investigation and removal of the graffiti.

“I am happy with the outcome and that the suspect has been referred on to suitable support.

“Once again, I am appreciative of the many messages of support and remain determined to continue to support the people of Harrow at what is a particularly difficult time for too many.”