The Food Friends speak with Reena and Henal Chotai, owners of North Harrow’s Red Cup Café about their much-loved menu, the Harrow community and stepping in with local businesses to tackle holiday hunger.

It’s Wednesday afternoon, the final day before the nationwide lockdown and we’re two guests in one of North Harrow’s most popular lunchtime eateries.  The Red Cup Café is a dream come true for two Harrow locals, Reena and Henal Chotai, self-described foodies who took the gamble of opening their own café five years ago. Fulfilling this passion project meant leaving behind old careers and putting their know-how into creating one space that Harrovians of Stanmore and Rayners Lane alike can get behind.

It’s down to the flavourful offerings of these foodies that we decide our meal choices today. While we’re used to ordering classics such as the ‘Mafioso’ omelette or chicken and mushroom pie (both deliciously rich in their own right,) today we’re struck to take on more colourful options.

Alongside a veggie breakfast, we’re opting for a paprika chicken burger in a pretzel bun, as well as the Bollywood edition of their triple- cooked gourmet chips.

There’s huge variety on this menu, whether you’re craving smashed avocado on toast or a banana & chocolate waffle. At the same time, they offer enough variations of their staples to satisfy pretty much everybody. This was a conscious effort from the start, as Reena says, “We had a sort of definitive menu, which we wanted to serve when we first opened – mainly foods that we like to eat ourselves!” Ultimately, this is a menu that reflects them and what they are about, while continuing to offer guests a wider choice: “So four guests dining together could be eating a full breakfast, an omelette, a burger and a jacket potato”, she says. In the future, they want the menu to expand even further – “it will have more of an International feel with a closer focus on plant-based foods. Also, possibly a new chicken burger and a wider dessert menu,” says Reena.

Serving their community often means being at the heart of the community. Last month, over the Half Term holiday, footballer and campaigner Marcus Rashford tweeted a video of the couple to his three million followers. Putting Harrow on the map, the café offered a free packed lunch for families in need – no questions asked, and no judgments taken.

For a couple who live just a few minutes from their Station Road café and who have lived in Harrow their whole lives, this was the kind of community action they knew would come from Harrow’s small business community. Harrow West MP, Gareth Thomas, who voted for an extension to the holiday hunger scheme, described the response from Red Cup and local businesses and organisations who stepped up as “breath taking and truly patriotic”.
Reena credits Gareth for his support and describes the combined effort of so many local businesses, people and organisations as “amazing. “Aarti & Aman Sawhney from New Vision Opticians in Rayners Lane went above and beyond what we had initially discussed on how to support the kids. Aman was making trips to us daily to collect the packed lunches and personally delivering them. Their practice was also a collection point for many families in the area. We also were kindly helped by Kenny Highland, who offered his minicab services to deliver food to those who needed it. Other local businesses, such as The Case Is Altered in Old Redding helped massively with making sandwiches and boiling pasta for us. The pub has been hit hard with all the current Covid restrictions, yet Sanjay stepped in and donated his time and energy. Our food hampers/parcels were beautifully put together by Hope and Hampers – two lovely young women who have just set up their luxury hamper business from North Harrow. We were also helped amazingly well by London’s Community Kitchen. These guys have endless dedication, serving 4500 people a week, and we are going to be working with them a lot more in the future.” Reena believes Harrow businesses are a force when they come together stating “we cannot view others as our competitors as we are all in this together.”

The Red Cup are adapting to the second lockdown with a soon-to-be launched delivery service, and in the meantime, they are cracking on with takeaways – although don’t expect to see them on any food courier service any time soon. While they understand the business that food couriers have brought to many local restaurants, Reena believes the companies are almost holding businesses to ransom, “In order for us to use them, we would have to raise our prices. We believe we are extremely reasonable for the high-quality food we serve, and we don’t feel it’s ethically correct to pass those price hikes onto our customers.”

Business ethics matter now more than ever, so whether it’s a quick double espresso or a pie and chips to go, the Food Friends will be paying more visits to this wholesome and hearty corner of Station Road over the lockdown (and many more after it). Make sure you pay them a visit too – it’s 10% off in person. 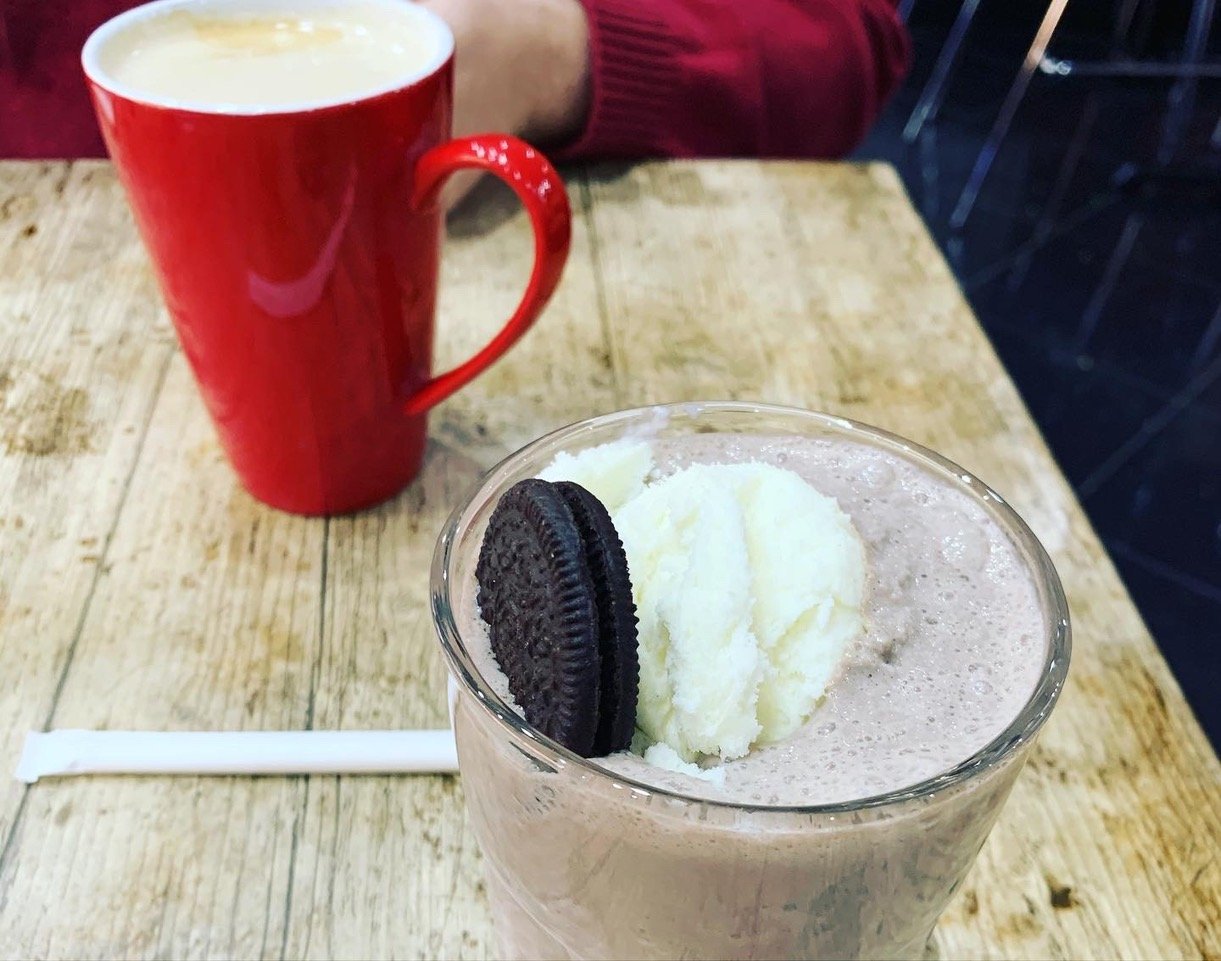