HomeCommunityFounder of St Luke’s Hospice and first nurse at the original site...
CommunityHealthNews

Ann Hatswell, a founder of St Luke’s Hospice and first nurse at the original site Harrow View has peacefully died at the hospice she co-founded on Wednesday 4th November.

Before establishing St Luke’s, the mother-of-three, worked as a general paediatric nurse and a clinical teacher at St Mary’s Hospital in Paddington. It was during a visit to another local hospice that Ann saw the need for a similar service in Harrow and Brent. Ann went on to form a board of trustees and raise money to launch the first hospice site in Harrow View.

Ann’s warmth and compassion took St Luke’s from strength to strength: from her welcoming the very first patient at Harrow View with her beaming smile to meeting the Queen who officially opened Kenton Grange in 2001. Even after her retirement in 2004, St Luke’s never left Ann’s heart.

During St Luke’s 30th Anniversary celebrations in 2017, Ann said: “What is so special about St Luke’s is that it was and still is a community project – a mosaic bringing together people from all walks of life and different characters working together to make a truly special place.

“Everybody that works at St Luke’s has St Luke’s in their hearts, and it is open to everyone. I knew right from the start that one of the most important parts of the care we gave was the little things. It is the little things that can make all the difference.”

St Luke’s CEO, Alpana Malde said: “Anyone who met Ann was instantly drawn to her because of her innate kindness, her lively spirited smile and her ability to make all around her feel better in themselves. She with a few others founded St Luke’s and we were honoured that she left life while being cared for by us. It was a very small way to say thank you for all she has done for the Hospice over the years.”

“The day before Ann died, she was able to digitally watch the unveiling of her name on a pergola in the new St Luke’s memory garden in her honour, which reads ‘Ann Hatswell…because of you’. It was a very special moment. She lives on at St Luke’s and will always be remembered fondly by all at the Hospice who knew her. 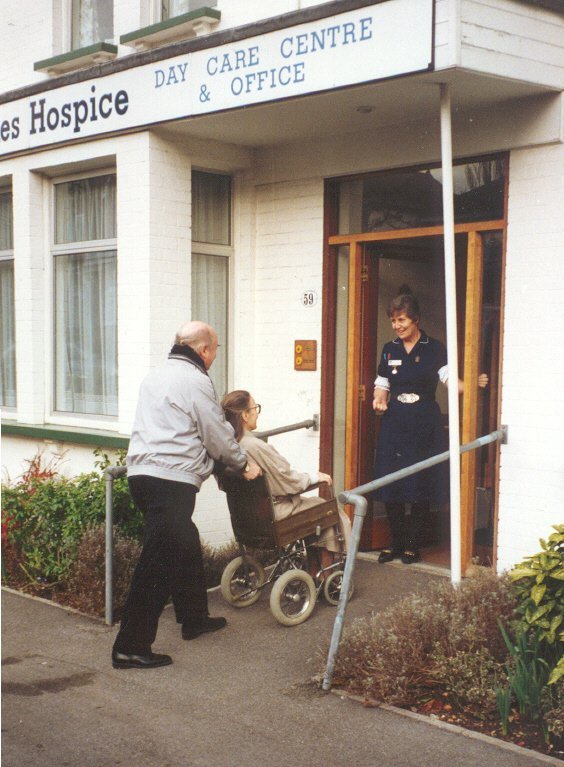 Ann – Because of you. Thank you.

If you would like to leave a tribute message to Ann and make a kind donation, please visit https://annhatswell.muchloved.com/