Met Police have announced that a murder investigation has been launched after the death of a 62-year-old woman in Greenford.

Police were called at approximately 5pm on Wednesday, 25 November to reports of a woman found injured at a residential address in Drew Gardens, Greenford.

Officers and London Ambulance Service, supported by the police helicopter, attended and found a 62-year-old woman suffering from head injuries. She was pronounced dead at the scene at 5.22pm.

A murder investigation has been launched led by Detective Chief Inspector Simon Harding.

Next of kin are aware and a post-mortem examination will be scheduled in due course.

DCI Harding said: “At this early stage we retain an open mind as to motive and encourage anyone who believes they may have information that could assist our investigation to contact us without delay.

Enquiries into circumstances continue. There have been no arrests.

Chief Superintendent Peter Gardner of the Met’s West Area Command said: “This is a devastating incident and my thoughts are with the victim’s family at this difficult time.

“I would like to reassure residents who will have noted a large police presence in the area last night and throughout today. These officers are there to assist with the investigation and also to provide local reassurance and support.” 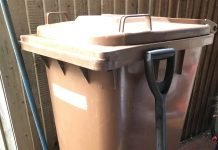