These days, Grim’s Dyke is enjoyed by many as a boutique hotel and wedding venue but, since its completion in 1870, this stunning building has enjoyed a rich and colourful history including a stint as the location for a number of Hammer Horror films.

Grims Dyke was, of course, also home to celebrated musician and songwriter, W.S. Gilbert between 1890 and May 29th, 1911, when he, unfortunately, met his untimely death after tragically drowning in a lake on the property.

While Sir William’s residence at Grim’s Dyke is widely publicised, less is said about some of the creatures that he shared this property and its surrounding grounds with.

There lived a king

When retiring from music, William worried that he would struggle to find ways to fill his days but this would prove to be very much a needless concern.

Having been a lifelong animal lover (as were his wife and Gilbert’s ward and singing protegee, Nancy Mackintosh; an American performer who lived with the Gilberts), William was delighted to discover a world of wildlife living on his very doorstep at Grim’s Dyke.

Such was his love of animals that Gilbert was once quoted as saying, ‘Deer stalking would be a very fine sport – if only the deer had guns’.

While there may not have been deer roaming Grim’s Dyke, there were plenty of other species to keep the Gilberts occupied – and each had their favourites.

When W.S Gilbert bought Grim’s Dyke, he inherited a monkey house which contained a ring tailed lemur named Job, with whom Gilbert was so enamoured that, when Job passed on, he purchased a pair of Madagascan ring tailed lemurs which he named Adam and Eve. 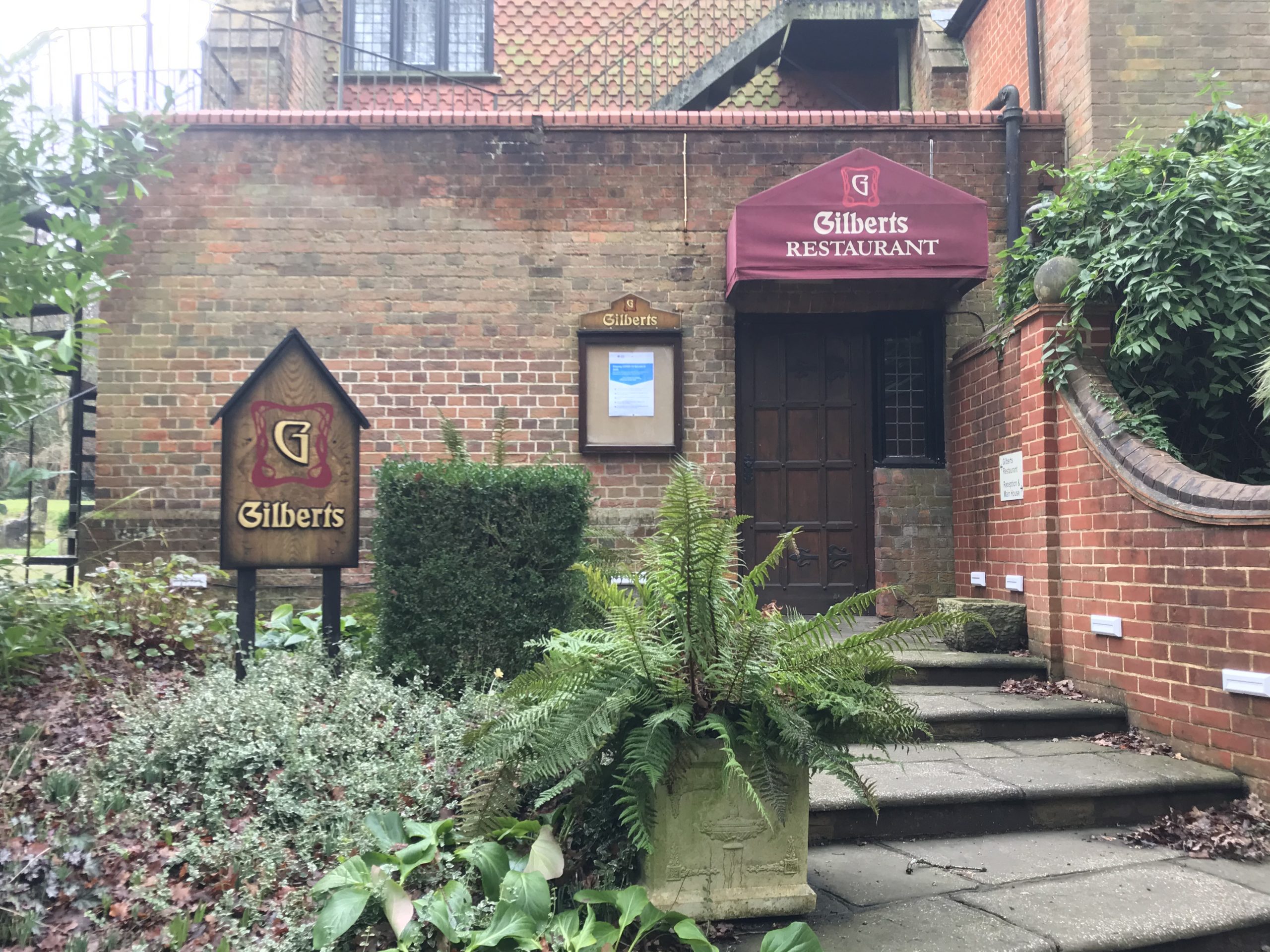 It’s said that William spent many painstaking hours training the pair who enjoyed free reign to roam the house and grounds and who, during this time, produced their own offspring which the Gilberts named Paul.

When Adam sadly vanished, William immediately provided Eve with a new mate.  Known for their distinctive stripes, ring tailed lemurs are one of five recognised lemur families and are endemic to the island of Madagascar.

A symphony of nature

While William was training his beloved lemurs, his wife, Lady Lucy, turned her hand to raising chickens and turkeys – for which she displayed an extraordinary talent, winning almost as many awards for these as she did for her stunning roses.

Nancy, the Gilberts’ ward, on the other hand, got a buzz out of an entirely different kind of creature – a pet bee which she made a bed for and fed with moistened sugar.

After William’s death in 1911, Lady Lucy Gilbert remained at Grim’s Dyke and took solace in caring for the property’s orchard and gardens; a passion that she retained until her own death in 1936.

Today, the open space within the woods of Grim’s Dyke is named Lady Gilbert’s Orchard in honour of William’s devoted wife and, visitors to the orchard will see that many of the original trees from Lady Lucy’s time still thrive here in 2021.

Although each member of the household had their favourites, these were by no means the only animals to share Grim’s Dyke with the family.  The grounds were constantly filled with parrots, bullfinches and pigeons which were diligently taken care of.

Additionally, the collection included a resident fawn and a pet donkey named Adelina (and it’s said that these two shared a unique bond during their time at the property).

While the Gilberts opened their home to some unusual animals, they by no means shunned the more traditional kind of pet.

Grim’s Dyke’s residents also included cats and dogs which were very much treated as part of the family – so much so that these pets would dine with the Gilberts from their own tablecloth which would be placed on the floor. 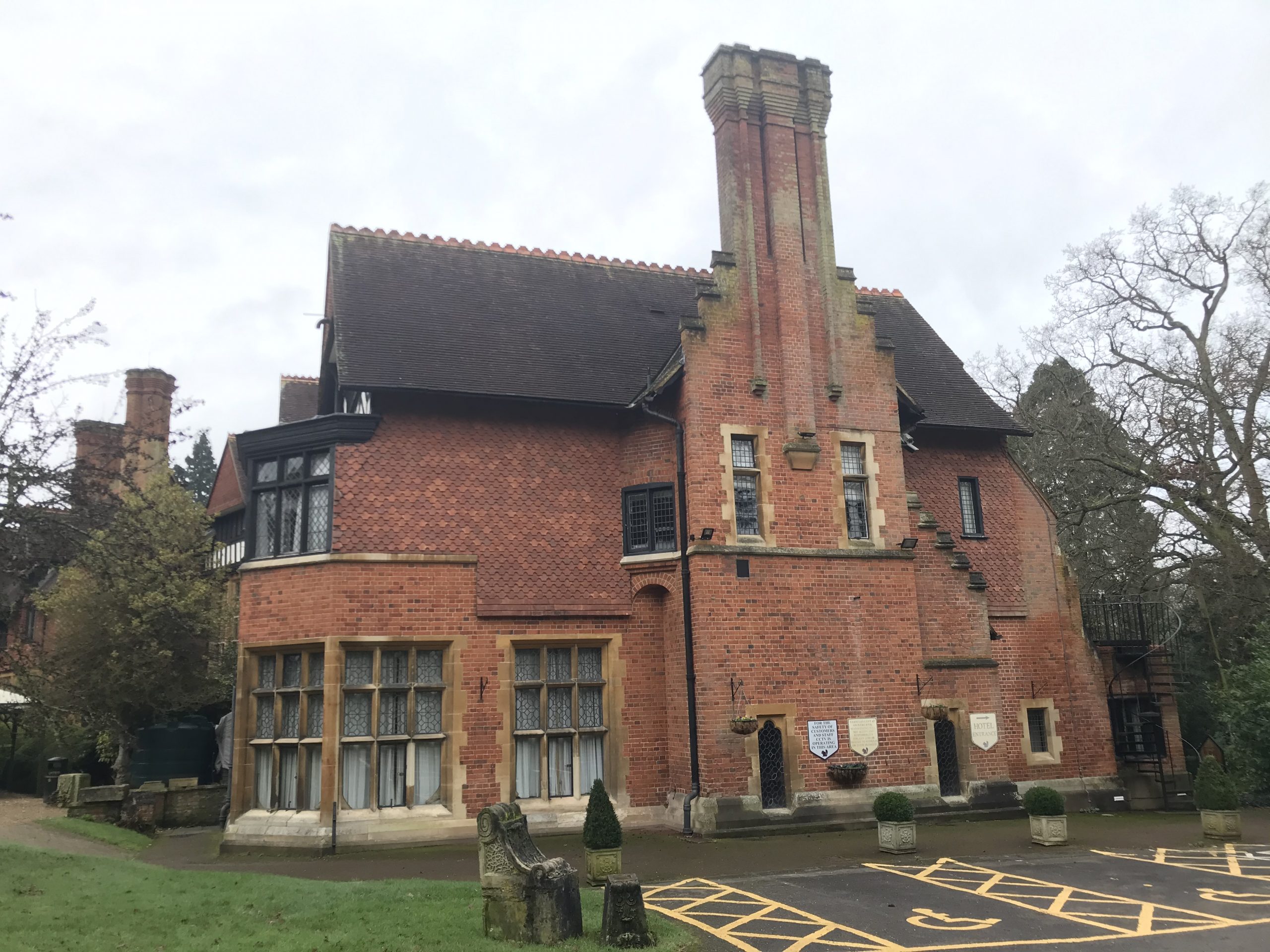 A legacy of music and magical wildlife

While the Gilberts’ pets are now sadly long gone, the grounds of Grim’s Dyke are still alive with an incredible array of wildlife including foxes, voles, tawny owls, woodpeckers, great crested newts, mining bees, common toads, butterflies, bats, parakeets and, even the odd glimpse of a rare Muntjack deer.  We can’t help thinking that Sir Gilbert would approve.