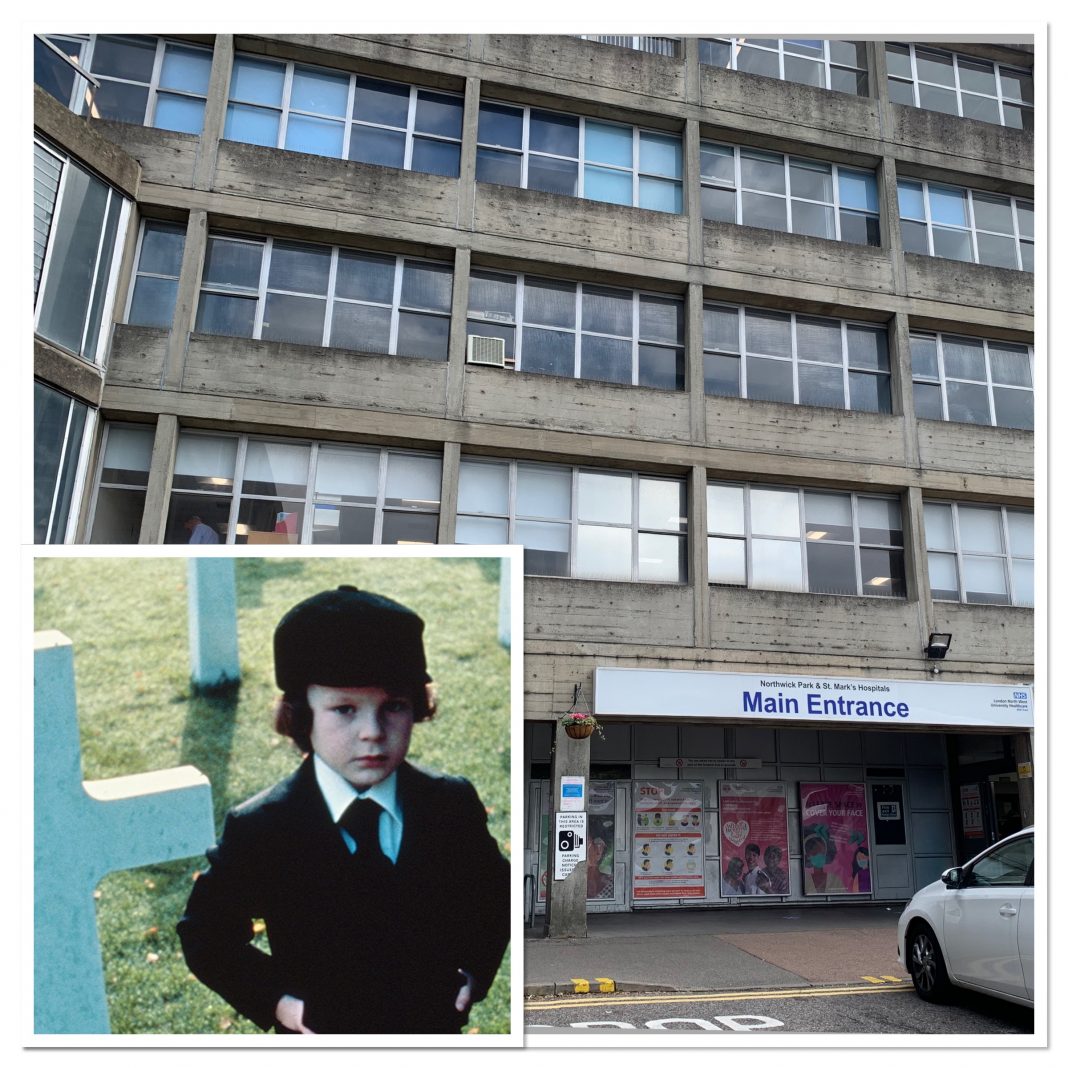 The London North West University Healthcare Trust’s hospitals, including our very own Northwick Park, have been a popular location with filmmakers for many years featuring in dozens of movies and TV dramas.

Do you remember Jack Bauer coming to town when Ealing Hospital got ‘blown up’ in 24 or the Anti-Christ making an appearance in Northwick Park in Brent in The Omen?
Scenes from the Oscar-winning horror film were shot on the upper floors of the hospital in 1976 with actor Gregory Peck’s resuscitative powers proving the match of any clinician.

One local newspaper reported ‘an unprecedented recovery rate as ladies supposedly in a delicate state leapt from their beds and ran upstairs hoping to see him.’

The plot about the rise of the Anti-Christ – that must have gone down well with the Chaplaincy service – was one of the year’s biggest grossing films and spawned several sequels and remakes.

The late Bob Peck battled the nuclear state in BAFTA winning TV thriller Edge of Darkness, while The Green Wing, about the lives of staff at the fictional East Hampton Hospital Trust, was shot over a period of months.

The Sweeney, a popular 1970s Police drama, was also filmed in the hospital starring John Thaw in his pre-Inspector Morse days as tough-talking policeman DCI Regan, while Fawlty Towers and Adrian Mole bought some light relief

On a lighter note, comedy shows include Man Down and Porters which follows the hapless adventures of a hospital porter convinced it is the first step on the ladder to becoming a doctor. The show featured Rutger Hauer who some might remember as the rebel android leader running amok in Blade Runner.

Hospital film location manager Peter Asmah has rubbed shoulders with Russian mobsters, helped organise a prison break and even seen the end of the world in his role as film liaison manager

Peter said: “We don’t actively promote ourselves as a film location but still accommodate around 10-15 productions a year.

“The majority of production companies are here for two to three days but there is a lot of behind-the-scenes work.”

The trust charge £2,500 a day with companies signing a £10 million public liability insurance agreement before any filming takes place.

Peter added: “I’m on site throughout the shoot ensuring crews stick to the agreed areas and don’t interfere with the day-to-day running of the hospitals.”

Peter will accommodate several visits by production crews before a contract is signed and checks scripts for anything that may reflect the hospital in a poor light.

He drew the line at a group of bloodied people being whipped in the reception area but did give the green light to 28 Days Later, a horror film whose undead stars didn’t appear in the opening scenes of the ‘abandoned’ hospital.

Peter said: “It’s always interesting to watch something being filmed and then see the finished product on the big screen. It’s an amazing transformation.”

So, does Peter have any aspirations to appear in front of the camera?

“No,” he laughs. “I’m quite happy to leave it to the professionals.”