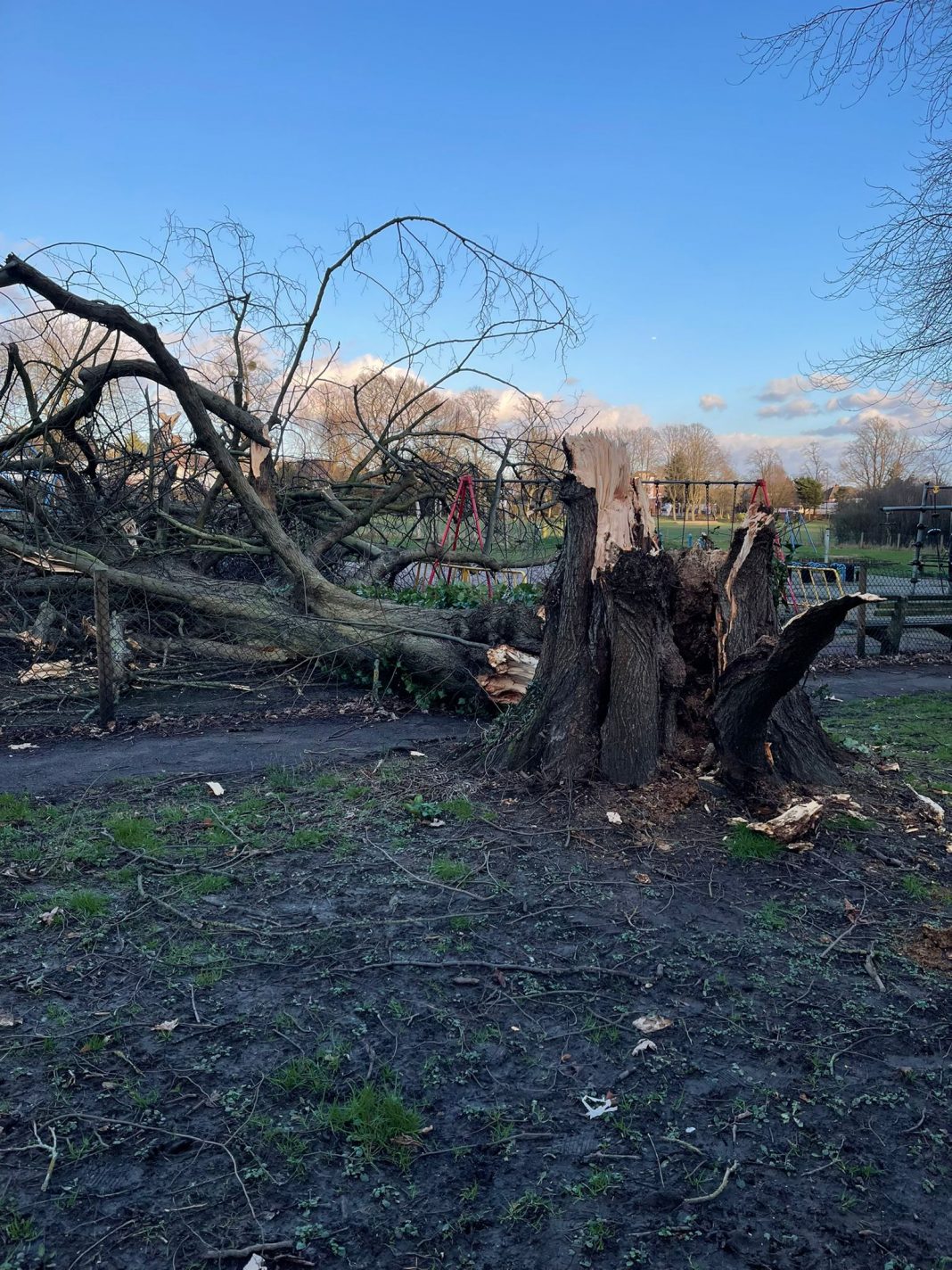 One of the worst storms in decades hit Harrow today with businesses, roads and livelihoods affected.

Damage caused by Storm Eunice across the borough today meant for chaotic scenes in Harrow.

A rare red weather warning was issued for London meaning a potential ‘danger to life’ caused by the storm.

Pictures and footage sent into Harrow Online, most of which were posted on the Harrow Online Public Group, showed roofs blown off, trees fallen and cars damaged by the storm.

Tree down on Warden Avenue, #RaynersLane. Live updates via https://t.co/rsayHHGVsC

London Fire Brigade issue a major incident warning due to the sheer volume of 999 calls. They tweeted: Like our partners, we are asking Londoners to stay inside if possible and only travel if you really need to. If you do have to travel, check your journey with @nationalrailenq or @TfL before you leave home. If you have to go outside, don’t shelter under trees.

We have declared a major incident in response to the volume of 999 calls being taken about #StormEunice related incidents. Firefighters are still meeting the needs of our communities, but declaring a major incident allows us to focus our resources. https://t.co/wF2DTSvxCy pic.twitter.com/NqoztV335a

London Fire Brigade also tweeted: “Control has taken a number of unhelpful calls, including to a trampoline which was blowing around in a garden. Please listen to our advice and only call 999 if there is an emergency or if there’s an immediate risk to life so crews can respond to people who really need our help.”

Wealdstone High St was cordoned off by police after a roof had blown onto the street from one of the houses next to the shops. We will continue to publish your Storm Eunice pictures and footage. Please WhatsApp us on 07999 293 922 or email info@harrowonline.org.