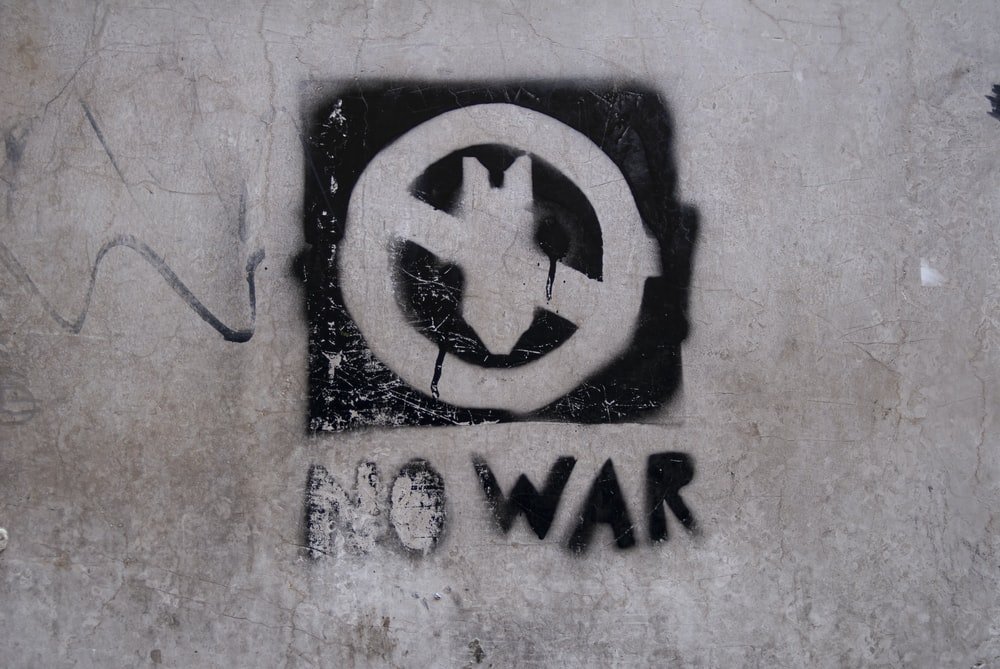 Since Russia invaded Ukraine on Thursday, February 24, it’s estimated that over 500,000 Ukrainians have fled the country to seek refuge.

Sadly, the figures are expected to increase dramatically as the crisis continues in the weeks and months ahead.

”As the conflict and violence escalates our thoughts are with those affected by these terrible events.

“Harrow is a diverse and welcoming borough and home to many faiths, races and backgrounds – we stand ready to support those fleeing the conflict and persecution, as we did last summer for Afghanistan.

“We will be lighting the Civic Centre in the colours of Ukraine this evening as a sign of solidarity with the people of Ukraine and will be flying the Ukrainian flag outside our building.

“We understand that many people would like to show their support for the people of Ukraine – if you wish to donate, we would urge you to donate to an official charity to ensure your support is received by those in need.”

Cllr Graham Henson posted the following links that people can use to make donations.

Unicef – Unicef UK – Children’s charity – For Every Child in Danger.

We also asked members of the Harrow Online Public Group what their thoughts are about the conflict. Below are some of the responses received.

“Putin needs to be held accountable and brought to justice! Blowing people up does nothing except kill. Dude needs putting in his place. What he is doing is illegal and he should be treated like any other criminal.”

“Complete embargo of all things Russian. Freezing or seizing of all Russian assets world wide”

“First off we need to be calm. Both Russians and Ukrainians live in the UK, most in London. Not all Russians support this and I’d warrant that many will have been just as taken by surprise by events. What should the UK do to help ‘the people’ Internationally we should continue to work with our allies to non-violently hurt Russia as hard as we can. Inevitably that will mean hurting people economically. Locally we need to care about and not judge Ukrainians and Russians in our midst who are not responsible for this. Both will be hurting.”

“I feel so sorry for the people of Ukraine. I wish there was more that we could do to help, but I do not want to get involved in a military capacity as I think this will lead to many more lives lost. I pray and hope that this conflict does not last long and my thoughts and prayers are with the people of the Ukraine at this horrible and difficult time that they are going through.”

”I’ve seen a video today, got me in tears… I have no connection to Ukraine, only that is the northern border of my home country. I have to say that I liked Putin – but he is like trust – takes long time to gain it and a second to lose it…”

“I called my grands today, back in Romania- very close to Ukraine border- they are all terrified even though they been to a lot … The only thing UK can do is to facilitate Ukrainians to come here, we all have a place under the sun”

“I am shocked!!! We are from Rep Moldova, my family are there, and I am worried about them, as they live straight near the border with Ukraine. They were are awaken today by horrific sounds and lights from Ukraine. They all are frightened, our airports are closed!we also have friends in Ukraine which are saying that everywhere is Nightmare. HOPEFULLY it’s a chance that they will stop this bad dream. God bless them.”

“What about Iran, Syria, Afghanistan and other countries when America attacked them? Not many people was bothered about them. West and America didn’t give other options to Putin.”

“I pray for all the people in Ukraine!! It’s the civilians that will suffer while these elites play war games!!! Us the people around the world do not want war.. we need peace talks!!”

“Devastating to see a war like this in my lifetime heartbreaking footage of our friends in the UK in London today singing their national anthem in tears. Stay strong”

“Ukraine is a friendly country, it is European east gate. West must do something to support them.”

”This is the worst possible thing that could have happened in the world at this exact point. We have just come out of a global pandemic that has lasted for over two years now, we are about to experience more death and more suffering and it is all totally unnecessary, I pray that this stops as soon as possible because the world does not need it right now. The people of Ukraine are good people and they deserve our support.”