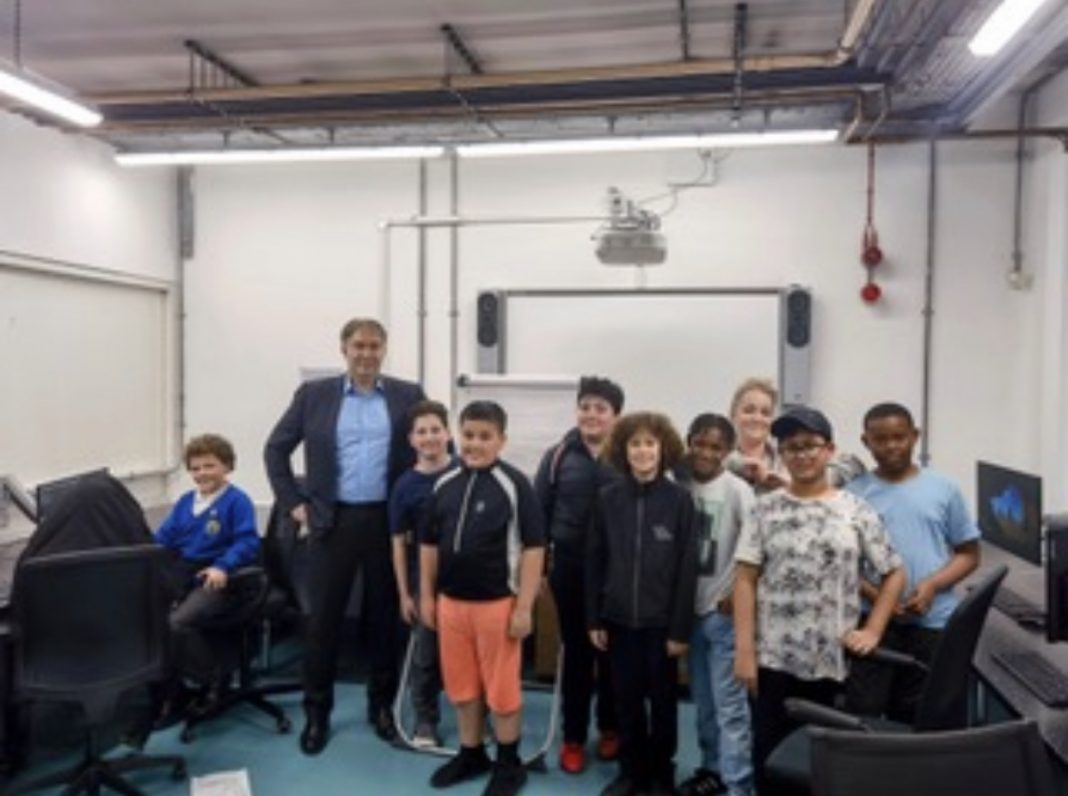 The Leus Family Foundation today confirmed that they will build upon their successful Brixton fencing programme for local state school children in a new initiative with The Harrow Club, to allow disadvantaged young people in West London to also benefit from the sporting and life skills that fencing offers.

The new classes at The Harrow Club will be twice weekly and will be aimed at children aged between 8 and 14 years old. Each class will have between 10 and 15 children. The Leus Family Foundation’s support has included the purchase of fencing equipment and the provision of a coaching team, with expert teachers from Brixton Fencing Club coming to The Harrow Club to run the classes.

The new equipment that has been purchased for the Harrow Club includes Épée weapons, masks, scoreboards, jackets and trousers and pistesbranded with The Harrow Club logo.

Michael Defoe, CEO of The Harrow Club, spoke about what the impact of the new fencing lessons will be: “The Harrow Club is thrilled to further diversify the opportunities we provide for children to develop and learn new skills. We are hoping many young people will sign up to learn fencing. It’s a great sport in itself, as well as being ideal for building the wider life skills of confidence, mental focus and resilience.”

Dmitry Leus, the founder of the Leus Foundation and a former European Fencing Champion, explained the significance of this new initiative: “The impact that fencing can have on a child is immense. They not only learn a great sport. They also learn strategic thinking. They find a very constructive way to channel any aggression and they enter a new community full of new role models and opportunity. All children should be able to access this sport as it offers so much. We are so pleased that the Leus Family Foundation can bring together two great institutions like the Brixton Fencing Club and The Harrow Club and that in partnership we can build access to this sport for the most disadvantaged children in West London.”

The Harrow Club has been working with the local community since 1883. Their aim is to address needs amongst young people related to disadvantage and poverty. The Club’s activities range from sports clubs to drama and dance. Their network of clubs includes Harrow, Chelsea, Old Oak, Sands End, White City and Lancaster Road and welcomes children and young people between the ages of 8 and 21 years old, of whom 80 percent are eligible for free school meals, 90 percent are from ethnic minority backgrounds and 20 percent have been diagnosed with learning difficulties or disability issues.

Christopher Tidmarsh QC, Committee Chair of Brixton Fencing Club, added: “The Brixton Fencing Club is delighted to work in partnership with The Harrow Club and the Leus Family Foundation to bring a fencing programme to young people in West London. We have seen the great benefits that local children from state schools in Brixton have gained from participating in fencing lessons. It goes far beyond the sporting skills they develop. The children grow in confidence and build life skills. Through the club community and accessing competitions, they also widen their social interactions and meet new peers and role models. It’s fantastic to think a whole new area of London will now be offeredthis via The Harrow Club.”