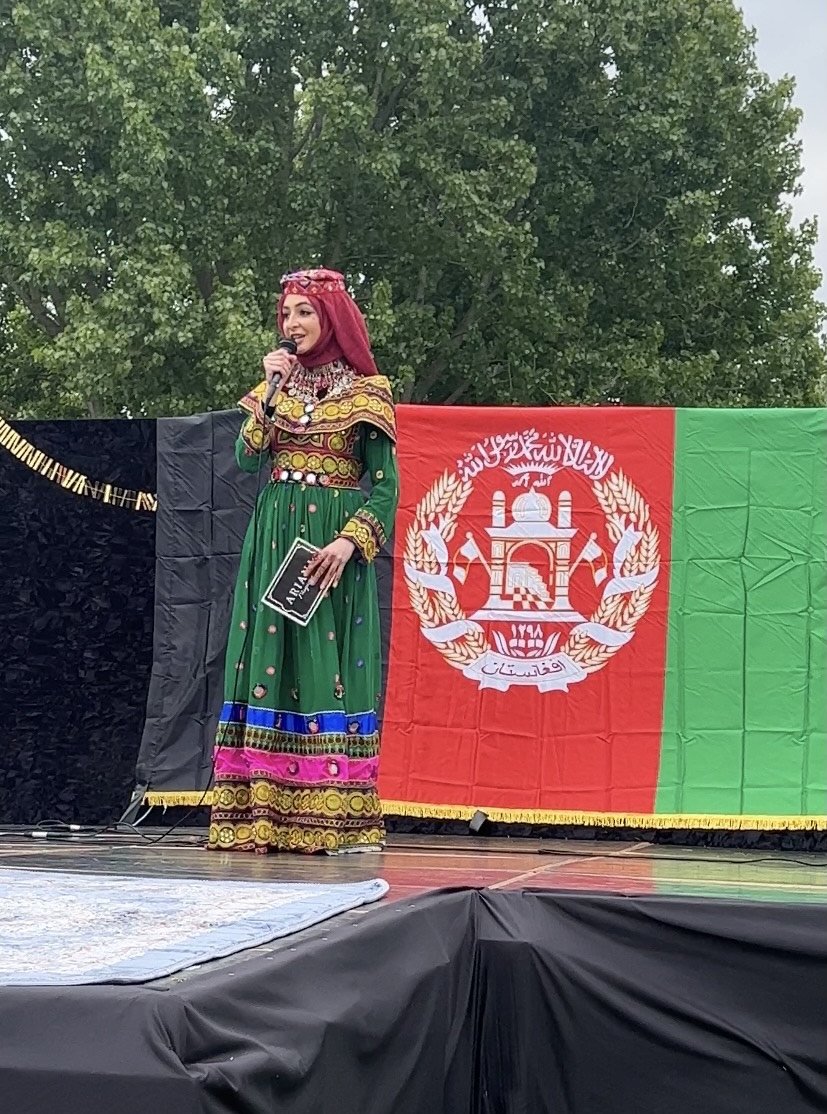 Thousands of Muslims gathered together in Kenton Recreation Ground, Harrow, to celebrate Eid Ul Fitr, which marks the end of Ramadan, the month of fasting for Muslims.

The festival was free entry and open to everyone who wished to attend. The 1Eid festival has been established since 2007 and holds events every year in Southall and Luton, however this is the first time the organisation wanted it to take place in Harrow.

Jalal ibn sa’eed, founder of organisation, reached out to Ariana Abawe, Bizhan Neromand and Yama Qarib who are both Afghans and residents of Harrow to organise this festival in support of Afghan refugees in the UK through the Basheri Project founded by Yama Qarib.

Ariana Abawe and Bizhan Neromand were the hosts for the festival which took place from 10am with the Eid prayer in the park for all the family. The festival had a variety of performances to display the Afghan culture, from daireyh which is an Afghan drum, an Afghan fashion show displaying the colourful Afghan clothing, poetry, and much more.

There were also a variety of stalls some of which were selling Afghan food and Afghan ice cream. Afghan refugees who attended the festival were gifted toys for Eid. Harrow councillor, Peymana Assad also attended the event and gave a speech about how Harrow has welcomed 10 Afghan refugee families.

Ariana Abawe said: “It was amazing to see thousands of people attend this festival which has taken place for the first time in Harrow, and which is in support of Afghan refugees. Through this festival I wanted to showcase the beauty of our Afghan culture to the wider community, celebrate eid together as well as help those who recently came as refugees from Afghanistan to help them integrate into society as easily as possible.”

Ariana Abawe is a British-Afghan journalist and is the founder of Ariana Magazine which showcases the beautiful side of Afghanistan and has held previous Afghan cultural charity events to help the less fortunate in Afghanistan. She has also won the young entrepreneur of the year award 2022 by West London Business awards.

Bizhan Neromand said: “It was heartwarming to see people from all backgrounds and all ages come to pray, watch the performances and celebrate eid together. I pray Afghan refugees in the UK and around the world are able to feel at home through such festivals.”