Two people taken to hospital after collision outside Tesco in Harrow 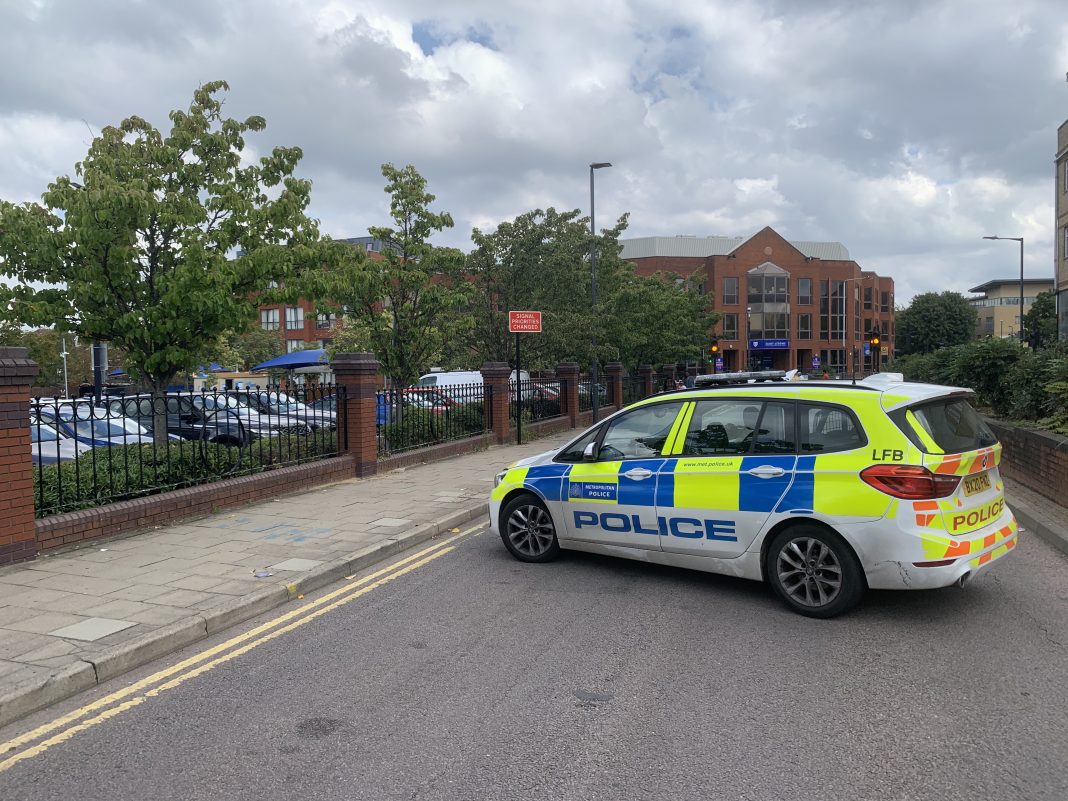 There has been a collision involving two vehicles in Harrow Town Centre this morning.

The collision happened at the junction of Station Road and Hindes Road, near the big Tesco in Harrow, this morning at around 6:30am.

Hindes Road is partially cordoned off by police at the Station Road junction.

Met Police told Harrow Online: “Police were called at 06:29hrs on Sunday, 11 September, to a collision between two cars in Station Road, Harrow.

“The male driver of one of the cars was taken to hospital. His condition is not believed to be life-threatening.

“The driver of the other car was arrested on suspicion of dangerous driving and driving under the influence of alcohol. He has been taken into police custody.”

A London Ambulance Service spokesperson said: “We were called at 6.24am today (11 September) to reports of a road traffic collision in Station Road, Harrow.

“We sent an ambulance crew and an incident response officer to the scene.

“We treated three patients at the scene and took two of them to hospital.”