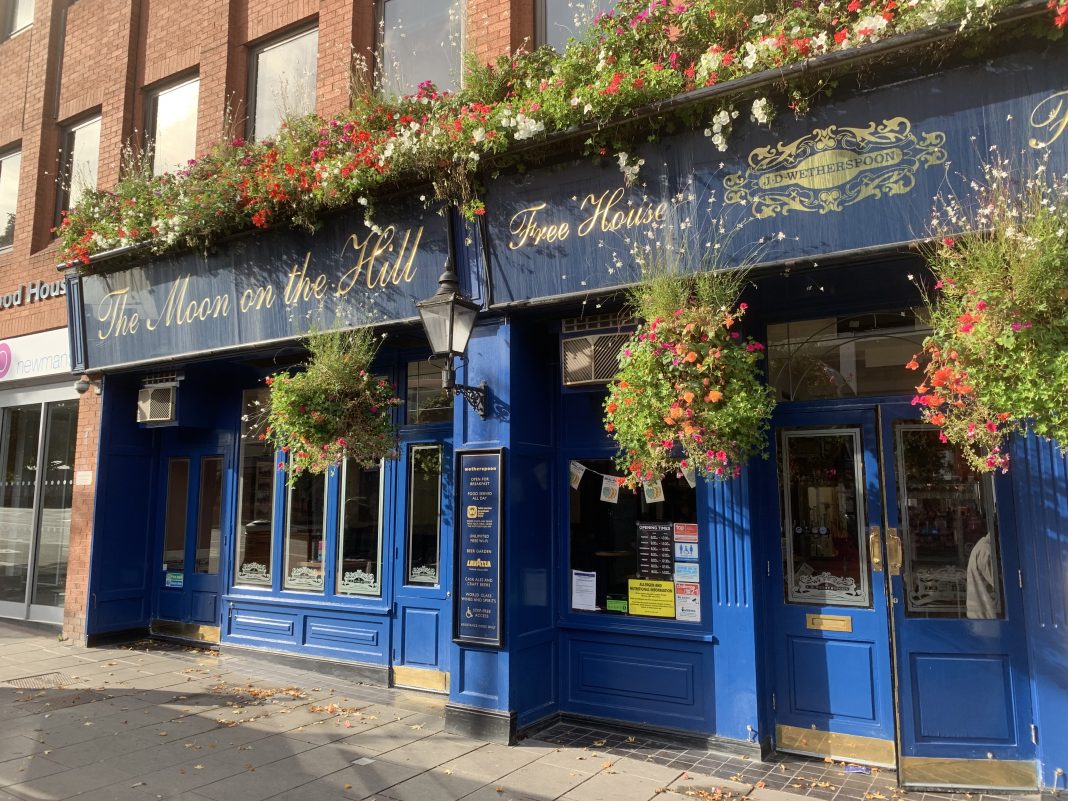 A petition has been created by Harrow BID, the team that looks after and promotes all things happening in Harrow Town Centre, hoping to save Wetherspoons on Station Road.

The future of the popular pub in Harrow is at risk after it was announced as one of thirty-two pubs being put up for sale by the chain several weeks ago.

The petition was created by Harrow Business Improvement District (BID), and says: “Our local Wetherspoons pub ‘The Moon on the Hill’ is one of 32 pubs the chain has announced it will close. We want this busy, vibrant pub to remain open and help halt the decline of the high street.”

Wetherspoons spokesperson, Eddie Gershon said: “On occasion, Wetherspoon does put some of its pubs up for sale.

“This is a commercial decision. We understand that customers and staff will be disappointed with it. The pubs will continue to operate as Wetherspoon outlets until they are sold.”

Harrow Online spoke to regular John Prendergast, he said he comes in at least once per week and would be sorry to see it sold.

“I would like to see it stay open. I live in Wembley Central, just a bus ride up here.

“I’d rather it stayed open, once you get used to a place it’s not the same going somewhere else. There’s not many pubs in Wembley. There used to be, but not anymore.

“I would love a petition, why not?”

For those wishing to read and sign the petition, you can do so at the following link – https://www.thepetitionsite.com/en-gb/takeaction/745/750/163/