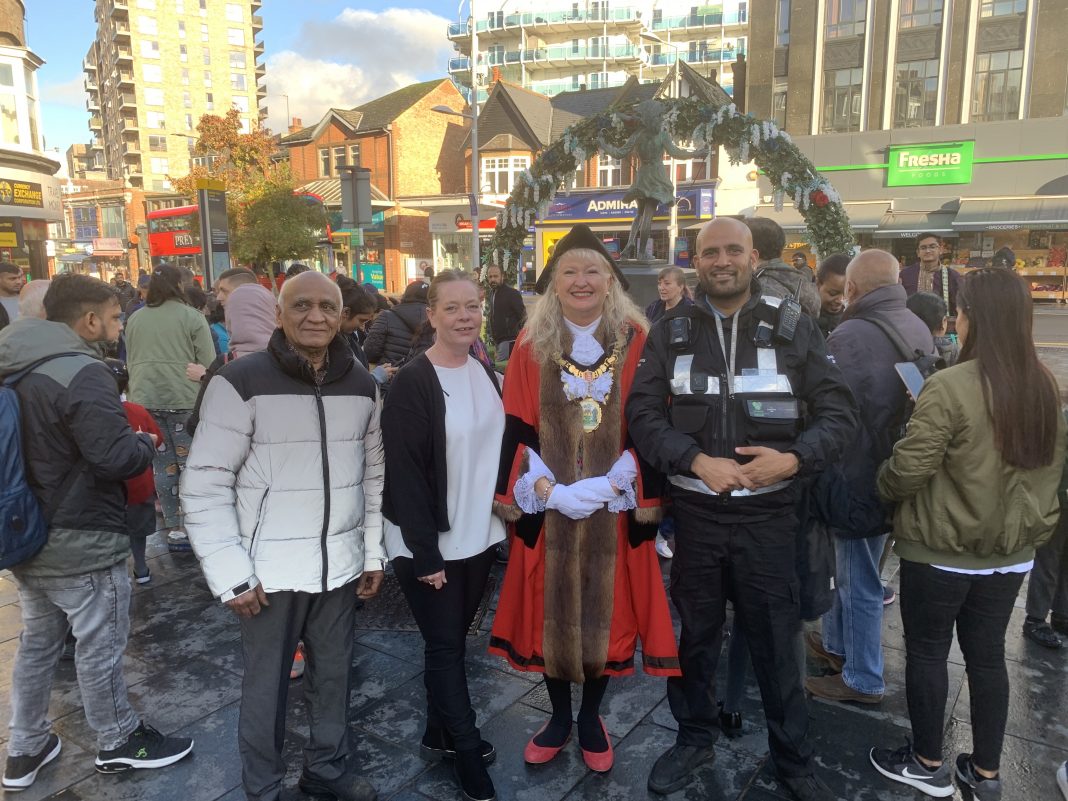 Harrow residents made their way to the town centre today for the official switch-on of lights to mark the 2022 Diwali celebrations.

Hundreds of people gathered at the event which was held next to Katie’s Statue joined by the Mayor of Harrow, Cllr Janet Mote for the festivities organised by the Harrow BID team.

Attendees were treated to a spectacular performance by the Dhol Drummers and indulged in free food provided by local businesses in the town centre.

As she switched on the lights, the Mayor of Harrow said: “I would like to welcome you all to the town centre and thank you for taking part and for taking time for joining us this festive season of celebrating Diwali, and I’d also like to thank all the councillors that have come as well.” 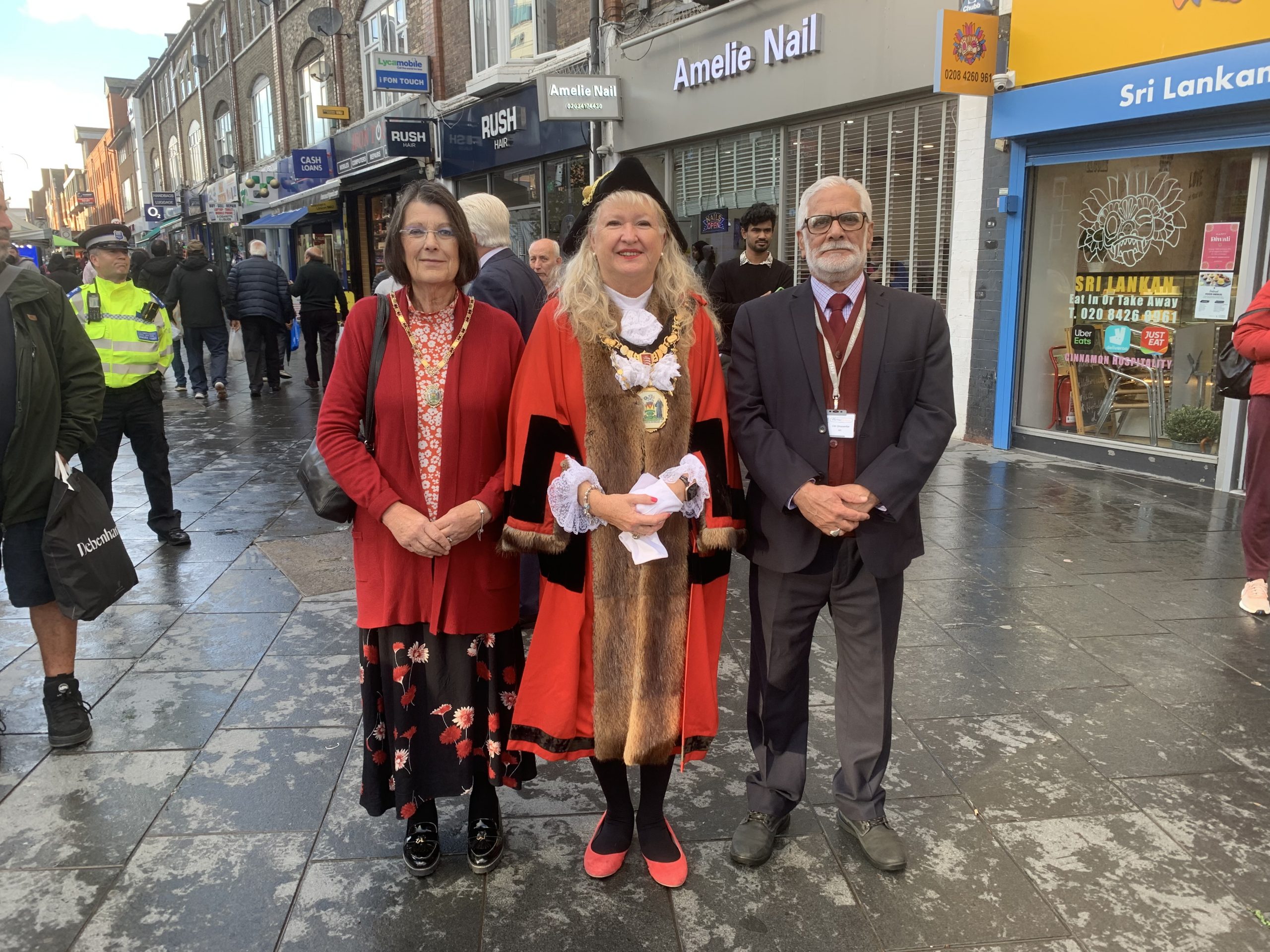 The Mayor added: “I would like to thank the Harrow Business Improvement District (Harrow BID) team for putting on this small event to celebrate Diwali and for inviting me along to turn on the lights.”

“Harrow has such a diverse community, and we are privileged to see many of those communities represented here today, hello to you all, lovely to see you all!” She added, “Don’t forget to join us again on Saturday 26th November for our festive fun day with shows, Santa’s Grotto, the Christmas tree lighting and new for this year, a laser light show….so that sounds really good!”

A fun time had by all in #Harrow Town Centre today for the #Diwali Lights Switch-On! 🪔🎉🎊🥳 pic.twitter.com/GMjnrA1l7Y 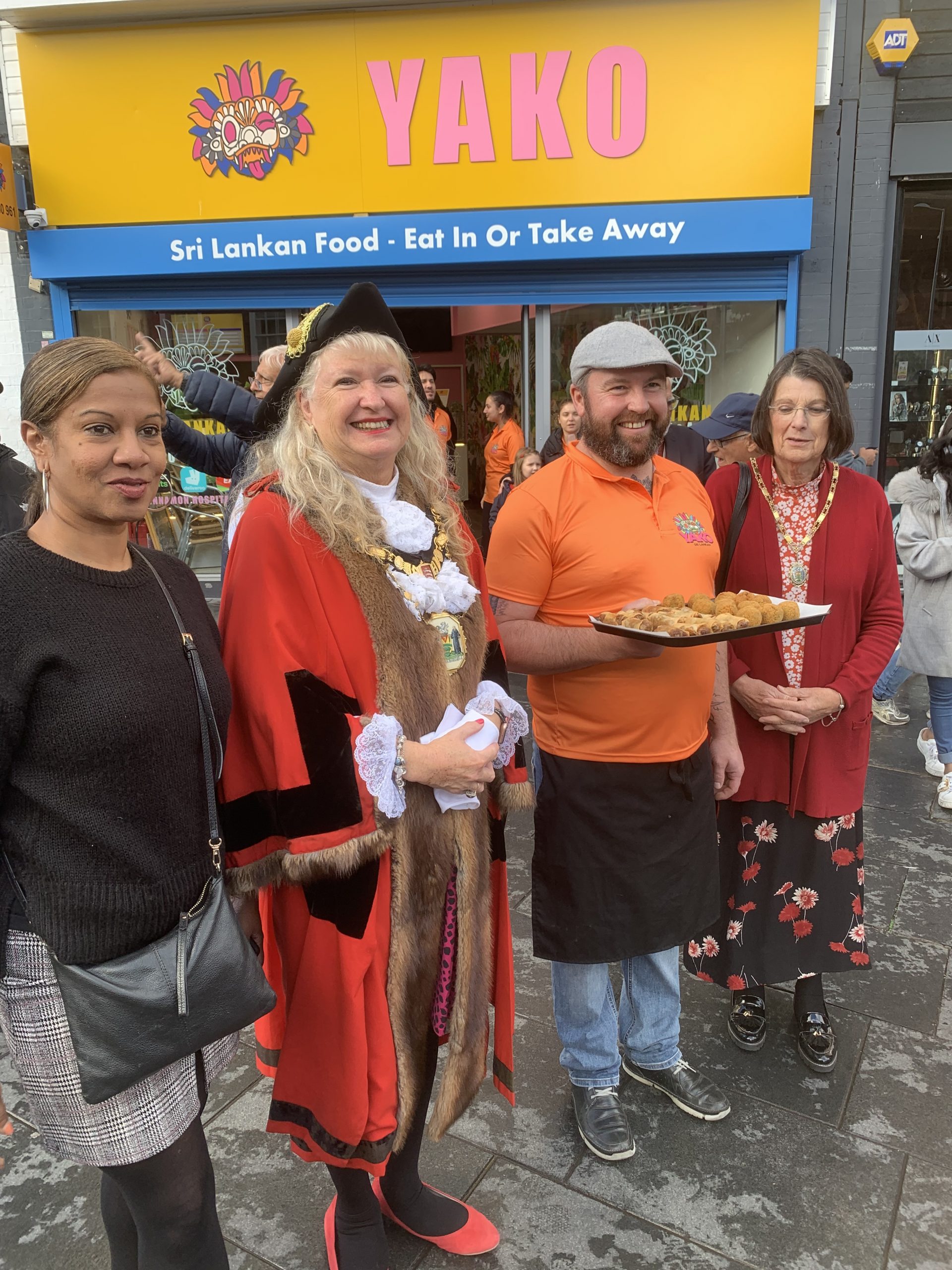 The Mayor then invited the children in attendance to take part in a countdown to turn on the Diwali lights. The event concluded with more fantastic music from the Dhol Drummers and food for the people in attendance.