Harrow Borough host Met Police in the Southern League Premier South Division on Boxing Day (3pm kick off) and are offering a Christmas present of half-price entry to all supporters.

With the offer, Adult tickets are £6, a wide range of Concessions £3 and Under 16s £1 when purchased in advance via the club’s ticketing site, harrowboroughfc.ktckts.com. As for every home game, Under 12s are free when accompanied by an adult.

The club are also supporting local homeless charity Firm Foundation by holding a collection for essential winter clothes and toiletries before kick off. Harrow’s team, rather than wearing their red home strip, will also be playing in their yellow away kit to support Shelter’s #NoHomeKit campaign. 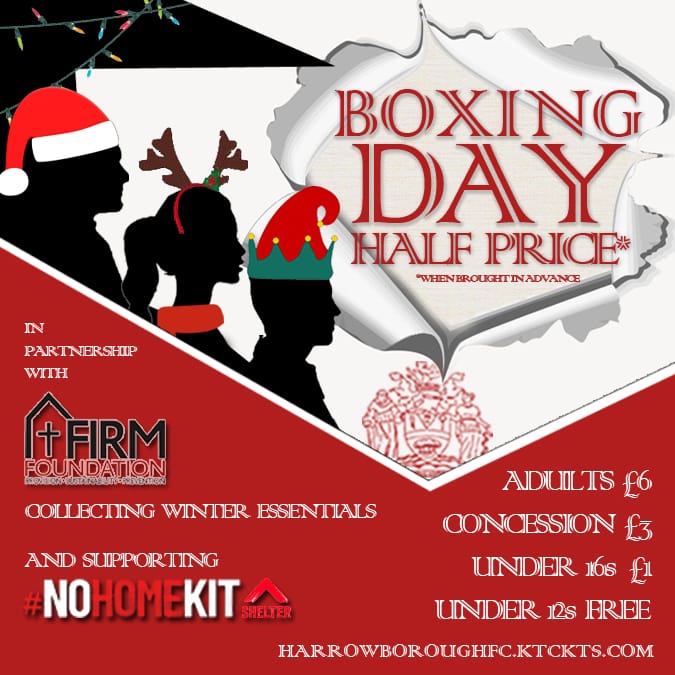 James Clouting, Harrow Borough Community Outreach Lead, said: “The World Cup may be over and the big boys of the Premier League are back, but Boxing Day offers football fans of all ages another great opportunity to support local football on their doorstep at a fraction of the price.

“Parents, if you need a cheap and fun way of getting the kids out the house after the big day, we’re here to help!’ 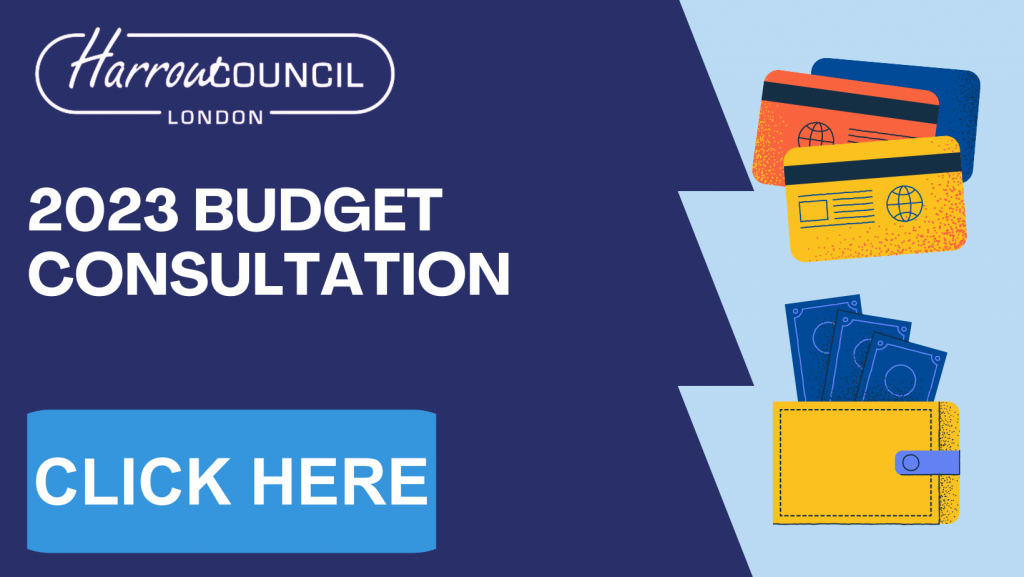 “We are also proud to be supporting Firm Foundation and Shelter with raising awareness, collecting clothes and toiletries, and raising what we can with a bucket collection”.

Items in much need include thermals, thick socks, gloves, hats and men’s underwear, as well as deodorant, shower gel, toothbrushes and toothpaste. Any donations can be handed in at the hut just outside the main turnstiles.