Man smashes shop window with a hammer in South Harrow 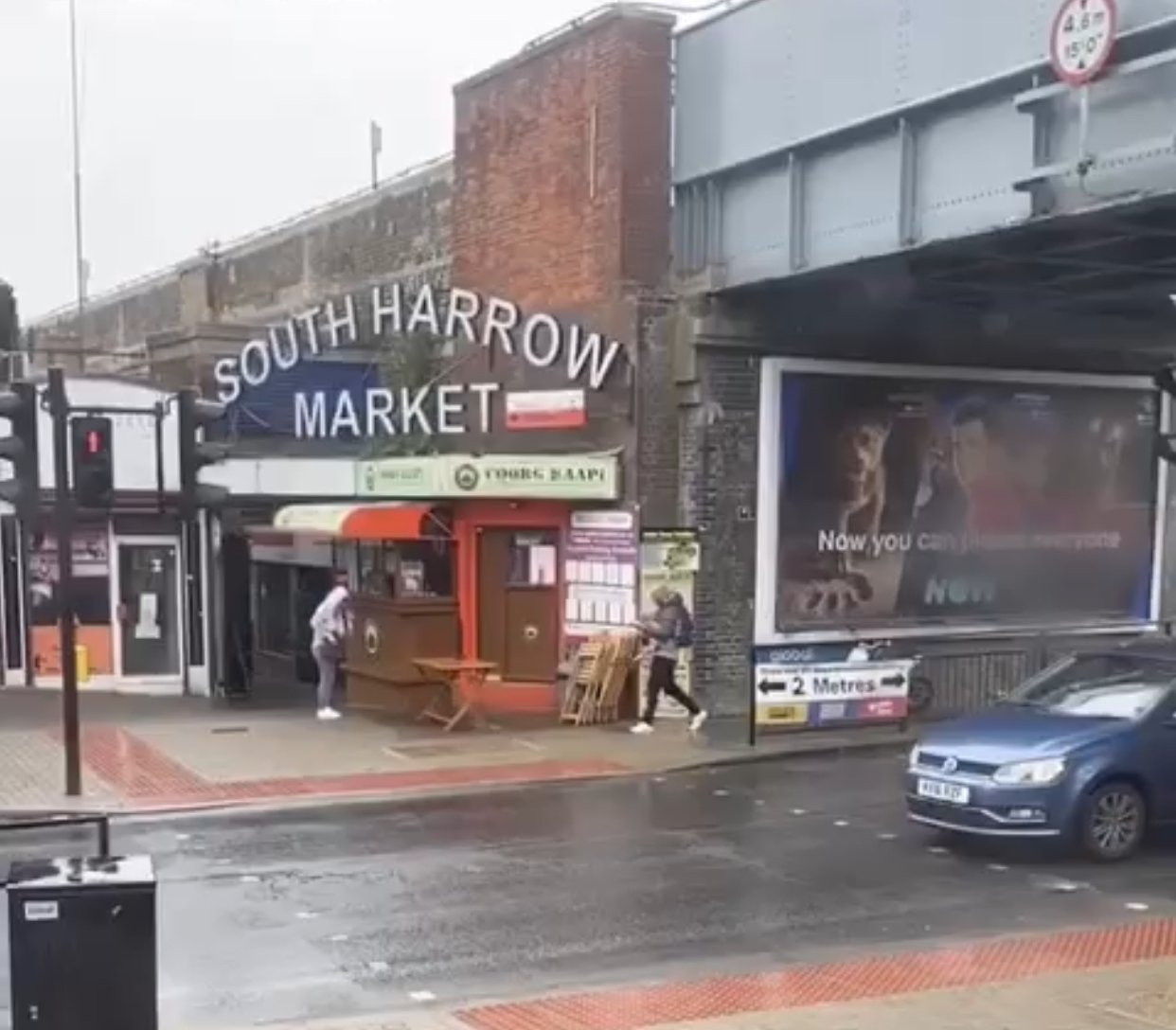 Shocking footage has been shared on social media that shows a man smashing a shop window in South Harrow.

The incident is said to have happened last week at around 12:30pm. In the disturbing footage uploaded to the Harrow Online Group, the man can be seen repeatedly smashing the windows of a coffee shop next to South Harrow Market.

After smashing the windows, the man is seen walking away before a shop keeper attempts to approach him. The man is then seen threatening the shop keeper with the hammer before driving off on a motorbike.

Police have told Harrow Online that they are aware of the incident and are awaiting further CCTV footage to help identify the suspect.

Roxbourne Police tweeted: “We are aware of a criminal damage that occurred last Saturday outside South Harrow station. A male smashed windows with a hammer. We are investigating and have the footage. Thanks to all who contacted us.”

Local Harrow Conservative candidate, Kuha Kumuran tweeted: “As a Harrow resident, I am disgusted to watch this horrific crime taking place in South Harrow. As a community we condemn any violence against businesses or residents. With the help of this video clip, the local police should be able to catch the perpetrator. Crime doesn’t pay!”