Car flips onto its roof after three-vehicle collision in Harrow 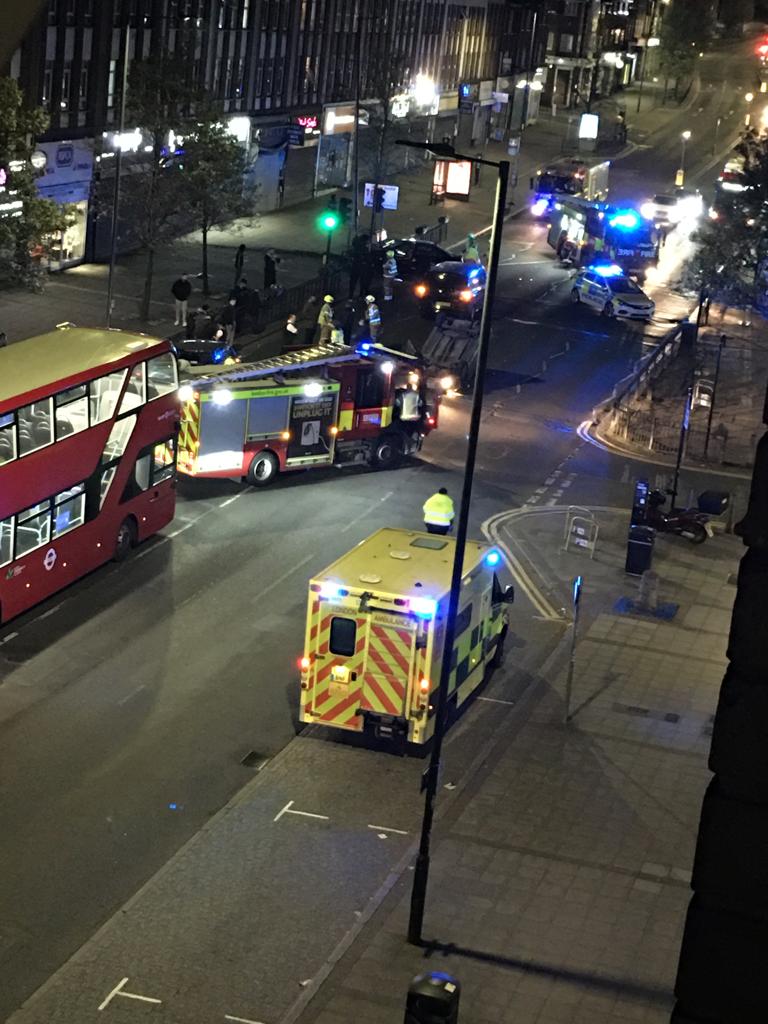 A driver escaped with no injuries last night after a car flipped onto its roof in Kenton Road, Harrow.

The incident happened shortly before 11:00pm with emergency services including London Fire Brigade, London Ambulance Service and Met Police rushing to the scene.

Three vehicles were involved, with one crashing into street furniture.

Kenton Road was closed off in both directions for almost an hour and a half whilst emergency services worked at the scene of the collision. Bus routes effected included the 183 and H10 amongst others.

“Three vehicles were involved in the collision. One of the vehicles had overturned and another had collided with street furniture.

“No one was trapped and there were no reports of any injuries. Crews made the scene safe.

“The Brigade was called at 2304 and the incident was over for firefighters by 2324. Two fire engines from Harrow and Stanmore fire stations were at the scene.”

A London Ambulance Spokesperson said: “We were called at 11.01pm last night (3 April) to reports of a road traffic collision on Kenton Road, Harrow.

“We sent an ambulance crew and a team leader to the scene, however, nobody required hospital treatment.”