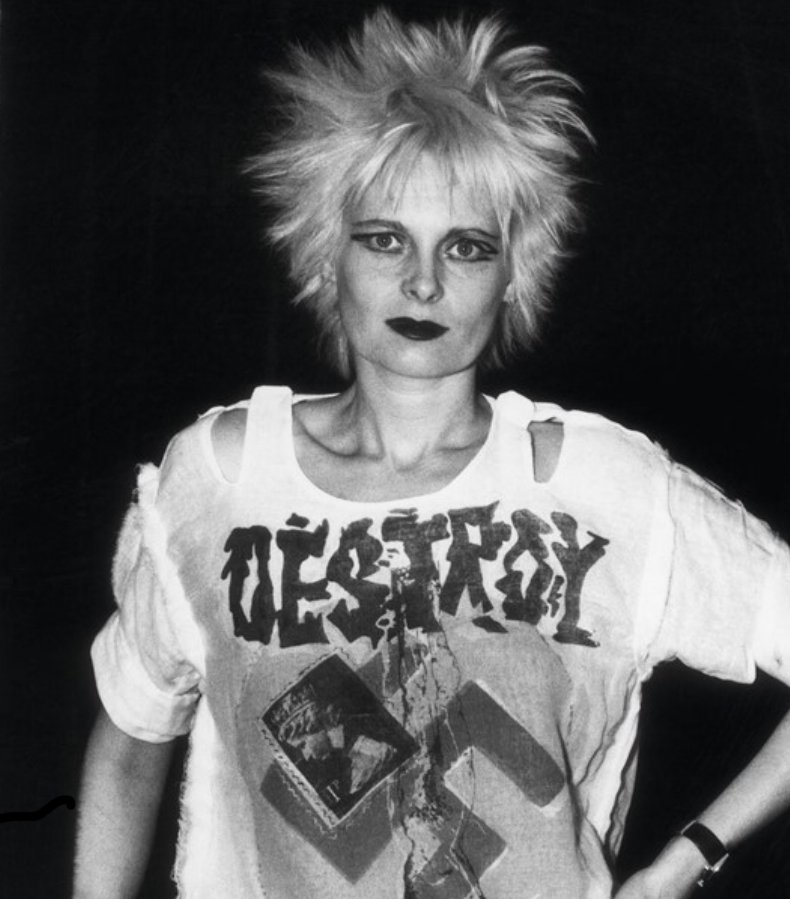 Unique, quirky and quintessentially English, Harrow and veteran fashion designer, Vivienne Westwood, have a lot in common so, it should come as no surprise that the fashionista, business woman and political campaigner spent some of her formative years in the borough.

Born in Cheshire in 1941, by the age of 17, Vivienne Westwood (then Vivienne Swire) found that her ambitions were too big for the small village of Tintwhistle and was delighted when her father, a storekeeper in an aircraft factory and former greengrocer, decided to move the family to Harrow in 1958.

Vivienne, who was born just two years after the outbreak of World War II, enrolled in the Harrow School of Art in order to study the art of silver-smithing but left after only one term, choosing instead to take a job in a factory while she embarked on her next career goal of becoming a primary school teacher and she began teaching within the borough for a year.

The Harrow School of Art was a purpose built college which stood on the grounds of the old Burger King on Station Road, Harrow (now an estate agent) until it relocated to Watford Road in 1970.

As well as Vivienne Westwood, cartoonist and comic illustrator Martin Newman attended the school and one of the school’s teachers, Peter Blake, subsequently went on to design the infamous cover art for The Beatles’ Sgt Pepper’s Lonely Hearts Club Band album.

Although committed to her teaching job, Vivienne began designing and making jewellery in her spare time and would travel to West London’s Portobello Road at weekends to sell the pieces that she made. In 1962, Vivienne met and married Harrow Hoover factory worker, Derek Westwood and the beginnings of a career in fashion blossomed as she designed and made her own wedding dress.

She continued to make and sell jewellery and, it was during this time that she met a budding fashion designer by the name of Malcolm McClaren who had just become the manager of a punk band called The Sex Pistols who would shortly go on to take the UK music scene by storm.

Vivienne’s enchantment with Malcolm and the simmering punk scene in London led to the end of her marriage to Derek and so Vivienne and Malcolm, along with Vivienne and Derek’s four year old son, Benjamin, would soon move in together in Clapham and have a son, Joseph Corre, in 1967.  As the popularity of punk grew, the team of Westwood and McClaren became a driving force of the punk fashion phenomenon with their designs being worn by The Sex Pistols and other influential musicians of the time.

The styles were outlandish, obnoxious and like nothing anybody had ever seen before with embellishments such as dog collars, toilet chains and oversized safety pins laid over traditional fabrics like leather, velvet and tartans and, until the early 1980s, the instantly recognisable Westwood McClaren collections appeared on catwalks all over the world.

Vivienne’s astonishing personal and professional relationship with McClaren came to an end in 1982 and they never worked together or spoke again before his death in 2010 however, Westwood’s career has gone from strength to strength.

As the years passed, so did the demand for punk inspired clothing and, through the decades, Vivienne’s designs which are sold in Vivienne Westwood stores throughout the world, have evolved.  These days, although more mellow than the punk designs, Vivienne Westwood clothing is far from ordinary.

Still inspired by mixing the traditional with the extraordinary, these days, Vivienne Westwood is best known for her tartans, dramatic evening gowns and wedding dresses, all of which are popular not just with celebrities but also with royalty – Camilla, Duchess of Cornwall and Princess Eugenie have both been spotted wearing the iconic designer’s dresses and, one of her wedding dresses appeared in the hit movie Sex And The City which followed the hugely successful HBO TV series.

As well as her phenomenal career in fashion, Vivienne is also involved in a number of political causes including Greenpeace and the Campaign for Nuclear Disarmament – never one to shy away from controversy, in 1989, Westwood appeared on the cover of Tatler dressed as Margaret Thatcher, wearing a suit which, it was said, had been made for the then Prime Minister but had not yet been delivered.

Now, at the age of 78, Dame Vivienne, who was awarded an OBE in 1992 still lives in Clapham with her former fashion student husband, Austrian, Andreas Kronthaler.

The couple live in a stunning Queen Anne style house built in 1703 where Vivinne’s artistic flair, which seems to know no bounds, also lends itself to gardening.  A self confessed natural collaborator, Vivienne and her husband of over 20 years also work together on their own line of clothing showing that, although in her 80th year, this British icon shows no sign of slowing down just yet as she says herself, “It’s a philosophy of life.